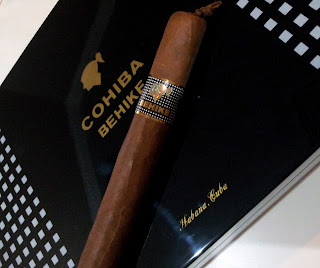 Following my post back in February (Fake or Real Cuban Cigars? How can you tell..) I never actually came across any counterfeit or fake Cuban cigars before... until now! I cannot explain  to you the joy and excitement I was feeling once I was face to face with a fake, but I'll tell you how it happened.

A week ago I was having lunch with my family and my dad said to me "I got this from your uncle and I thought you would like it" and points to a black box sitting on a table. So I walked by it to see what it was and once I saw the BEHIKE word I thought, wow, that was really nice of them to give me a BHK 56. 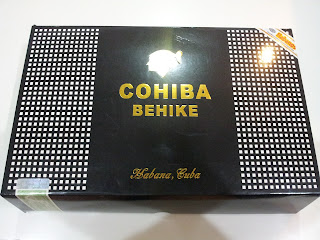 So I sat back down to continue my lunch, but something kept bugging me as I looked again at the box from across the room. I said to myself  "that cigar box looks a little bigger than what I remember it to be". I quickly finished my lunch and went straight back to the box and picked it up. First thing I said "please let it be..." 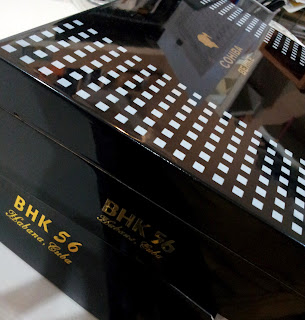 The box construction was weird as it was not like the regular BEHIKE's, then I quickly noticed the Habanos SA label and the Guarantee Seal being a little off. Here is where things got exciting!

I open the cardboard box and pull out the cigar box from inside. This thing was huge! I opened it and... 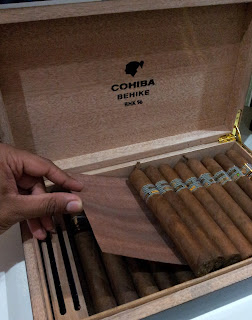 Since when did COHIBA BEHIKE 56 came as a 24 cigar box?!! If you are familiar with this release, you know they only put out a box of 10s! At this moment I was jumping up and down with excitement! I have in my possession fake Cubans! Just for my satisfaction, I followed the same steps as in my previous post (Fake or Real Cuban Cigars? How can you tell..) to validate this product on Habanos SA website. 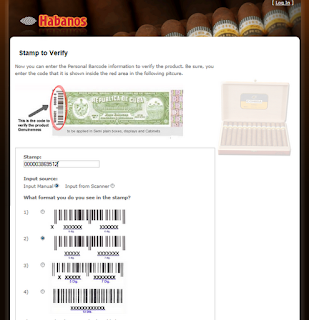 and the father of this child is...... (felt like The Maury show moment) 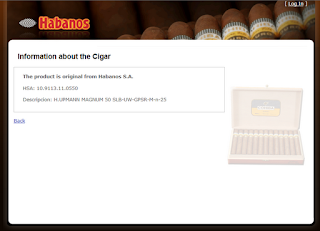 COHIBA you are NOT the father of this BEHIKE (enough with the Maury show already). The seal came back with H.UPMANN MAGNUM 50! At this moment, I was a proud owner of a guaranteed counterfeit BEHIKE 56! let check out the details on these fakes! 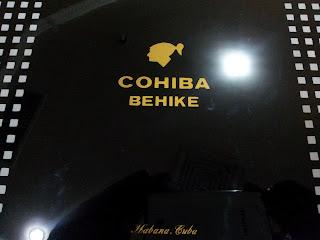 Beautiful black lacquered box, similar to original with white/grayish squares but not close to the edge and an almost identical COHIBA logo with somewhat faded Habana, Cuba below it. Unlike the real boxes the bottom of the box is lined with black suede like material but missing the Habanos SA imprinted logo. 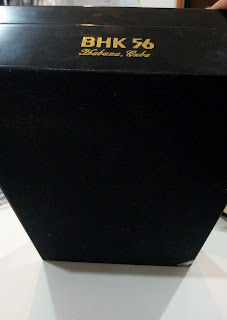 Inside the box is lined with cedar wood from the bottom only, 2 brass hinges holding the top and a nice COHIBA logo with BHK 56 printed on the inside. It also came with a hygrometer and humidifier oasis enough to hold about 24 cigars. Quiet nice! 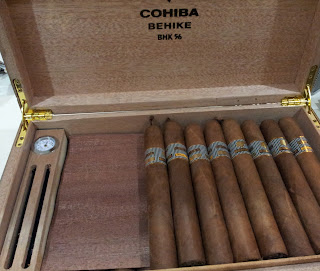 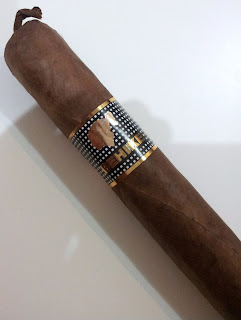 Poorly constructed with an outer Colorado Claro wrapper with few visible veins, Binder and fillers are the only thing keeping this cigar sane but the caps are just pathetic. You can notice below how poorly the caps are imitated: 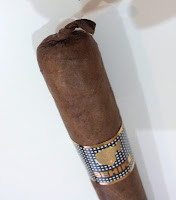 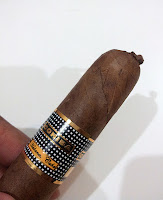 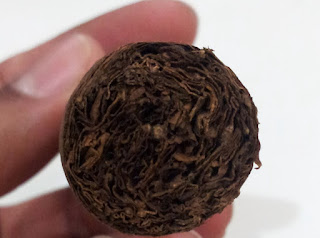 The cigar band is almost a copy of the original, until you take a closer detailed look at them. First thing you will notice is the poorly attached bands, they are sloppy and unevenly put together: 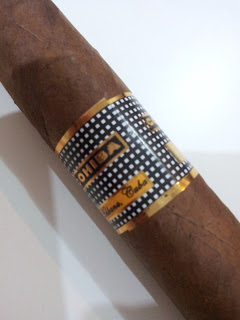 According to Habanos SA, the COHIBA head hologram has a smaller COHIBA head inside of it, also the rectangular hologram should reflect small COHIBA logos as well, which both are clearly not visible in this one: 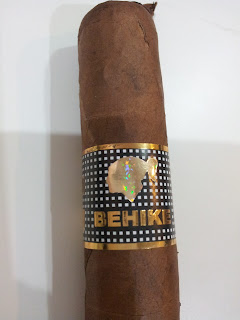 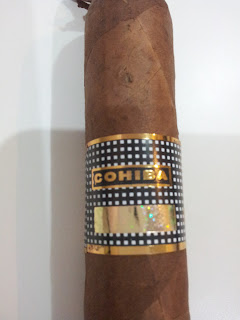 I have smoked two of them so far and I will not even bother to try to review it! was it bad? not really its an ok smoke, but some parts of it were. Would I smoke them again? I Don't think so, but "IF" I decided to, I am removing the band way before I lighting it up! why? its an insult to the brand!

Im so glad to finally come across a fake! best thing to come out of this was a nice 24-cigar humidor that looks like a BEHIKE box! If only I knew how much the counterfeiter was selling this box for!