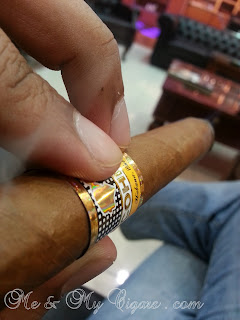 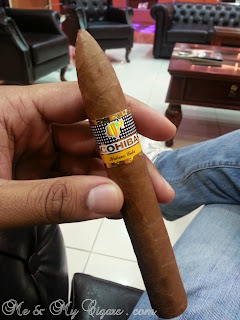 During the 14th Habanos Festival last February 2012, COHIBA announced the introduction of the Piramides Extra as a new addition to the current Línea Clásica (or the Classic Line - which has the six Vitolas Siglo series (I-VI)) of the brand. In the past, the Figurado shape COHIBA were only produced for limited edition and celebratory cigars, but now it will be a permanent collection available similar to the BEHIKE and MADURO 5 collections. 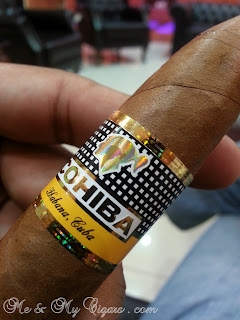 Another new element to the COHIBA Brand is the innovative cigar band for the Piramides Extra with holographic logo similar to the BEHIKE bands and additional security measures to stay above counterfeiters. So now lets take a closer look shall we... 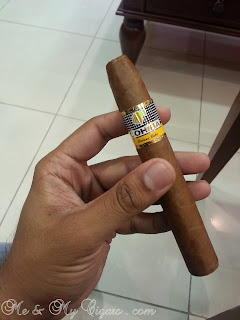 The Construction - A beautiful smooth Colorado Claro wrapper with almost unnoticeable small veins. Firm tight roll and a flawless Pyramid head and cap. When bringing the cigar close to your nose you can pick up some of that earthy scent and a recognizable cedar smell. The COHIBA Piramides Extra showcases a extravagant 54 gauge ring which packs in the extra long fillers for full on flavor! 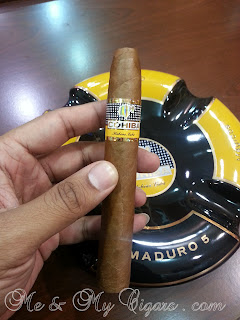 The Draw - Using a stainless steal 2-blade cutter, I clipped about 1cm off, a little short of the cap line, to test the draw and it was perfect, smooth and no obscurity. In the pre-lighting draw you can pick up the cedar wood flavor clearly. 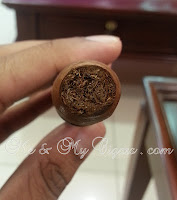 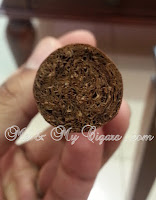 The First Burn - Flavorsome smoke full of cedar notes and black pepper. The spiciness of the draw are very reminiscent of the Siglo VI and a leathery after taste of the smoke. 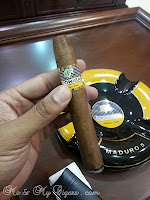 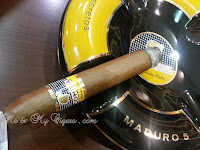 The Middle Burn - Here is where I savored most of the COHIBA Piramides Extra characteristics. The Spicy pepper we got from the first burn is gone and we are left with a smooth sweet creamy smoke which also picks up some nutty cereal notes with it. When blowing the smoke out from the nose you get that fresh cut grass scent that is just sublime. The Piramides Extra continued to burn even and well without going out and the grayish ash was in tacked. 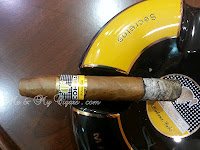 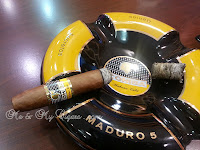 Even though this cigar has a wide gauge size the ash held up pretty good as you can tell from the picture below. Almost 1/3 of the way: 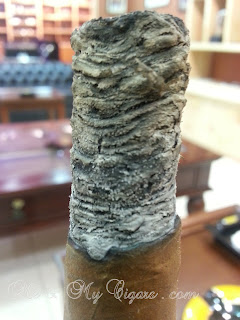 The Final Burn - Some bitterness started to come through as I neared the final parts of the Piramides Extra along with the spicy notes from the beginning. Smoke continued to be abundant and full of character - the cedar, the pepper and nutty all continued to flow through as well. 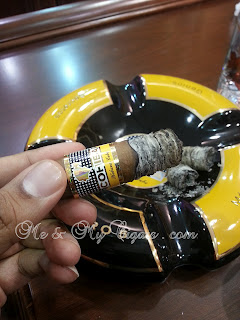 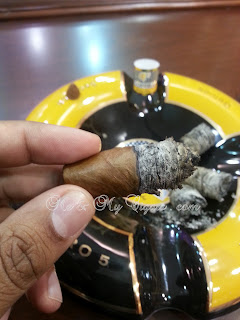 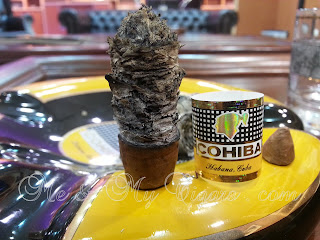 I appreciate being one of the first people to sample this cigar in the region prior to its market release in the Middle East.

The Pairing - As with all my reviews, I try to find the perfect espresso roast to accompany and complement these wonderful journeys I take with my cigars. My Nespresso pairing for the COHIBA Piramides Extra would have to be the Cosi. At Intensity level 3, it is light, sweet and has a fresh citrus notes to it that would complement the full bodied characteristics of this cigar. Have a try! 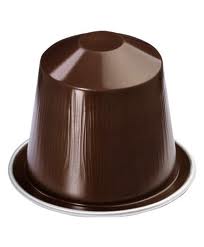 P.S. Since I have gotten a few email with regards to increase and put more photos in my post... Hope this sufficed! Awaiting feedback :)