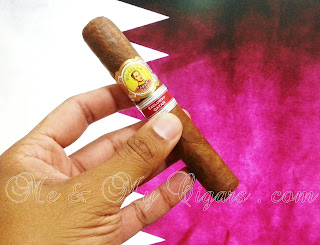 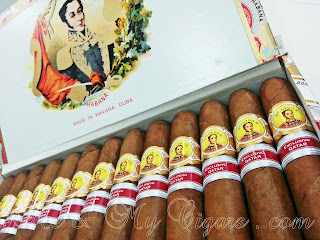 A much anticipated regional release for the Gulf is finally available, the Oryx - Exclusive Qatar release 2011. Ever since hearing the announcement from Habanos to release a Qatar regional cigar I've been on the look out for them. So finally box number 275 (out of 1000) found its new home with my collection!

Following the footsteps of the United Arab Emarites of releasing two regionals, Punch Robusto 2008 and the infamous Bolivar Emaritos 2010, Qatar brings its own identity with the Oryx. 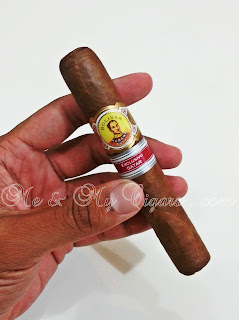 The Construction - Gives a dark, semi-oily and shiny wrapper with soft visible veins throughout the cigar. Nicely smooth constructed triple cap and a firm rigid body. The Oryx is one of two Edmundo vitola made from the Bolivar line which also makes it an interesting size to smoke. This box has been resting for almost 2 years now, so I'm guessing it gave the Oryx a bit time to relax. 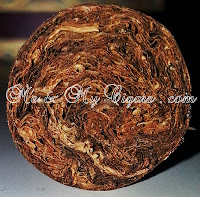 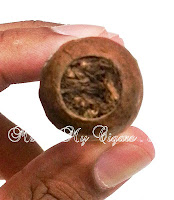 The Draw - After initially examining the box of cigars, I was a little afraid of facing a blocked or obscured draw. But when using a wide puncher, this well packed cigar gave a pretty good clear draw with a bit of tightness and an inviting dark chocolate smell. I just hope the rest would be the same. 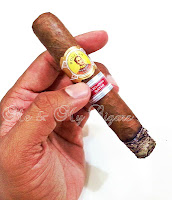 The First Burn - Offered a nice roasted coffee scent as I was toasting the foot with a single flame torch. You can pick up from the first few draws some woody/cidery notes and a bit of cocoa which is something you would expect. A few minutes in you get that tingly feeling in the back of the throat and an aftertaste of white peppercorn. These notes will quickly mellow out as you approach halfway. Smoke was light and the ash held on pretty well. 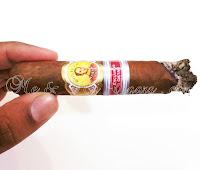 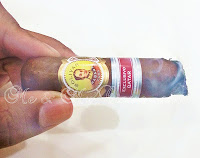 The Middle Burn - After experiencing some slight spiciness from the first part, I decided to slow down and rest the cigar a little bit to cool off the burn and try to pick up on some lighter notes. Not letting the flame die out, all the rest of the draws came to showcase the true Bolivar characteristics. The nutty profile came about with tastes of hazelnut and a bit of unsweetened chocolate. No pepper notes can be picked up but a very pleasant abundant smoke zing. Ash gets dark and little flaky and the burn is uneven but quickly evens it self out. 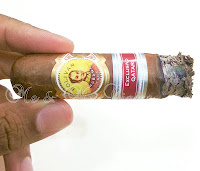 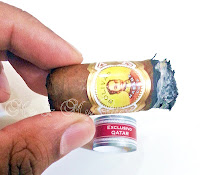 The Final Burn - Flavors intensify at the third end by bringing more woody and nutty tastes with light roasted coffee. The peppery after taste kicks up from the tar buildup yet still pleasant to smoke. The Oryx has definitely showcased great Bolivar characteristics and was a very enjoyable smoke til the end. 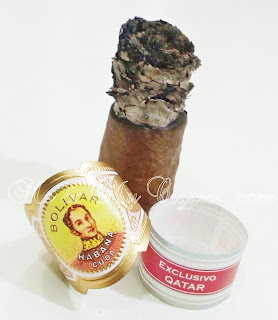 No flaws or issues faced just a few re-lighting of the Oryxa but nothing major. Qatar has really made a great choice to request a Bolivar regional. I strongly believed that the almost 2 year rest this cigar has had played a great role in developing its character. The more added years to it will only make this Oryx a sweeter smoke. Try not to miss out on this one! 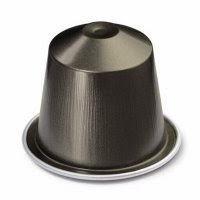 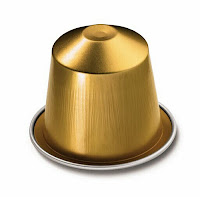 The Pairing - There are two Nespresso Gran Cru that will go well with the Oryx. If you want to strong flavors then the Roma , with Intensity level 8, it will offer you a sweet woody notes that balances your palates. But if you prefer a lighter taste, then the Volluto, with intensity level 4, will offer your a sweeter and fruity notes to complement the Oryx.