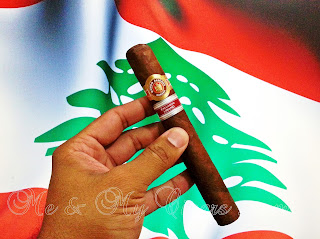 Habanos S.A intro
In 2008, the Ramon Allones "Pheonicio 30" cigar was released celebrating Phoenicia Trading's 30th anniversary. This was a special treat given by Habanos to Phoenicia and its founder Mr. Mohamad Zaidan - "El Phoenicio" as Comandante Fidel Castro referred to him.
The 2012 regional edition dedicated for Lebanon was named Eshmoun - the Phoenician god of fertility and healing and the Guardian of the city Saida 3000 years ago.
The Eshmoun cigar was produced using the same tobacco of the Phoenicio 30 - now fermented for four years and under the same brand - Ramon Allones.
This Cabinet is part of a regional edition of 6000 numbered boxes containing 25 Eshmouns hand rolled by skilled Cuban cigar rollers under the supervision of Habanos SA.
- 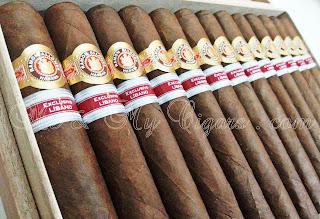 The Construction - An elegant dark and smooth semi-shiny wrapper with some small faint visible veins, indicative of a well fermented and aged tobacco. Beautifully constructed sublime from cap to foot with firmness all the way. 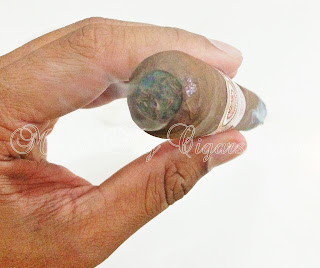 The Draw - With a wide gauge puncher, it offers un-obscured draw with just the perfect resistant for a sublime size. You can tell that the Eshmoun are well packed cigars. You also slightly pick up some taste of unsweetened dark cocoa from the tip and has a light coffee bean scent. 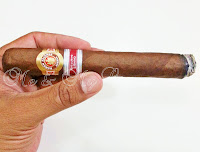 The First Burn - offered a real punch with a distinctive clove hints and spicy peppery taste which continues to build up and gets bolder with a rich oak wood and heavy roasted espresso notes. Rough to start but quickly sets its character with full taste. Smoke is pleasant and gives a little kick in the back of the throat. 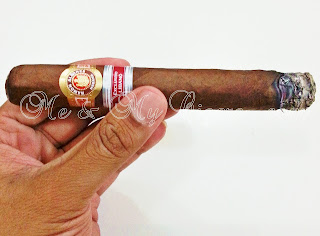 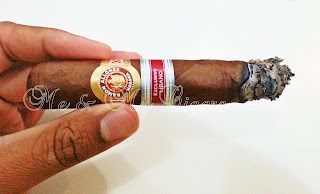 The Middle Burn - kicks in with a lot of deep woody notes while the spiciness dissipates to highlight the satisfying taste of roasted coffee/espresso.  Now the highlighted character seems to be a dark flavored wood which I seem to associate it mostly with oak, yet it may be cedary but has a real full body to it. Some sweetness do tend to surface with the smoke but generally has that slight bitterness you get from coffee. The smoke is smooth and cigar keeps burning perfectly yet the ash started to become flaky. 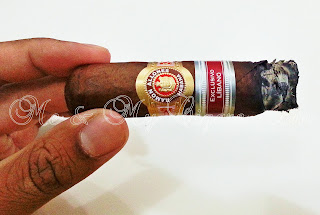 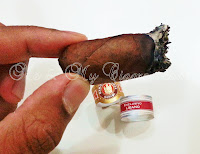 The Final Burn - brought back that little spiciness of cloves and hints of nutmeg with a rich bitter dark chocolate taste. The woody notes held its role throughout the journey til the very end. Its interesting for this size that til this part I did not re-lit the cigar since the start. My only issue was an uneven burn that came along just after the middle part which corrected itself later. Also nearing this part I have discovered some hollowness in the cigar that I didn't notice earlier which I think was the reason of the uneven burn. Had to relight the Eshmoun quiet a few times during the third part! Although with the issues of burning out at the end, it still didn't stop the joy of smoking this Eshmoun. 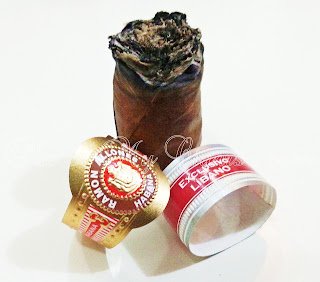 If you have smoked the RAMON ALLONES Pheonicio 30, you would pick up similar notes in the Eshmoun but with more robust characters and flavors. Its truly showcases the maturity in the tobacco used that makes this new edition to Lebanon regional a winner in my book and definitely and occasional smoke. 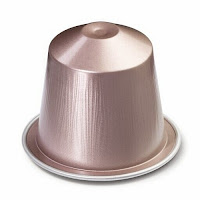 The Pairing - as usual with a full body smoke, I recommend Nespresso's Rosabaya de Colombia, with an intensity level 6, to balance the palette out with a fuity and winey notes to complement the woody and spicy taste of the beautiful Eshmoun.
Enjoy!
Posted by me and my cigars at 4:00 AM