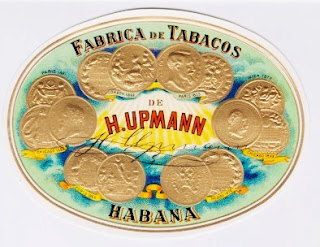 Every once in a while you come across some nice vintage cigars and other classic smokes yet only a few that would really gives you goosebumps. That's exactly what happened when I was face to face with these rare cigars!

Quick History lesson:
Herman Upmann, a German banker who settled in Havana Cuba in the early 1840s, invested in a cigar factory where the brand H. Upmann was launched. Throughout the 1800s the H. Upmann brand gained international recognition and won several gold medals which til this day are represented on the brands actual Logo. Some may argue but Upmann is sometimes credited with inventing the cedar cigar box packaging as well.

US President John F. Kennedy's favorite cigar was the H. Upmann Petit Upmann. The following video is an interview with JFK's White House Secretary Pierre Salinger about the night before the embargo was signed, and how he had gathered from Washington DC tobacconists, a total of 1,200 cigars for JFK.


As one of the oldest surviving brands of Cuban cigars, H. Upmann til this day produces a number of outstanding vitolas that caters to the whole world. Habanos S.A will commemorate the German Cuban influences during next years 16th Habanos Festival 2014 and will dedicate a night to announce the new H. Upmann Reserva Vitola. (stay tuned) 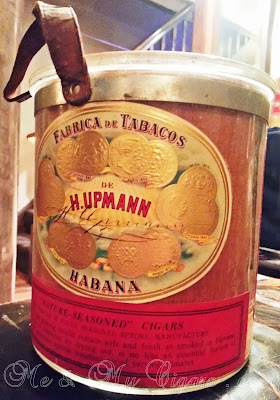 Front side of the jar you see the original H Upmann brand logo and the informative red sticker about the packaging and how it help keeps the cigar in optimum smoking condition just like it was smoked in Havana. 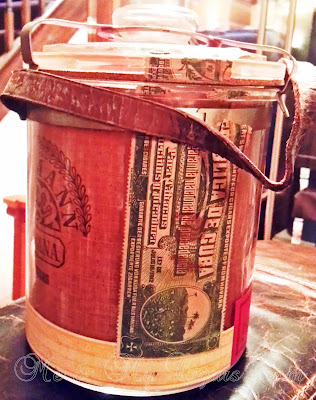 At the side you will have the original Cuba warranty seal with half of the Cote d´Arms bent to cover the top of the glass lid. 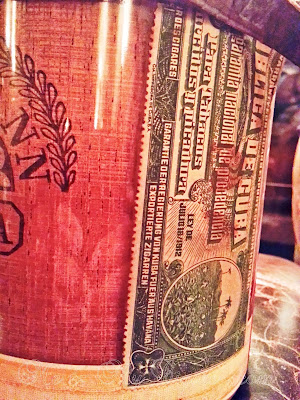 One of the ways to know if this jar was a pre-embargo or pre-1960s release, is actually examining the warranty seal. The perforated edge (the way its cut out by punching holes) is an indication that this seal was used between 1931 to 1961. 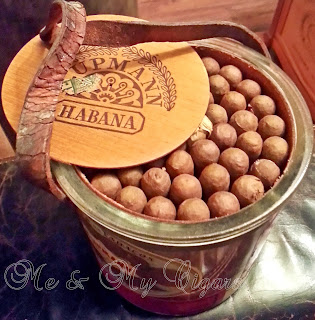 Amazingly these 50 cigars survived 53+ years and are in excellent condition. Sometimes pictures do not do justice to the actual thing but the smell of these beauties gives a rich toasty coffee bean scent with a hint of cocoa & light earthy notes.

This H Upmann glass jar really stood by its fame and reputable packaging to make this cigar smells and looks so good after all these year. 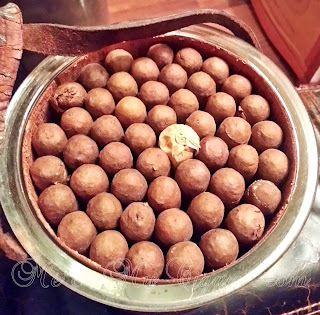 I would like to Thank Mr. Ajay Patel from La Casa Del Habanos in Tenddington UK for showing me this rare and beautiful gem. This guy amazes me every time I visit him with his awesome collection & finds. Stay tuned for my next post if you think this was cool... you have no idea what he showed me next!

In keeping with the H Upmann theme... I was smoking a not so vintage early 2000s Magnum 46 while writing this post! I hope you liked it. 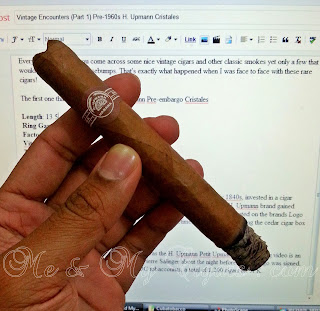