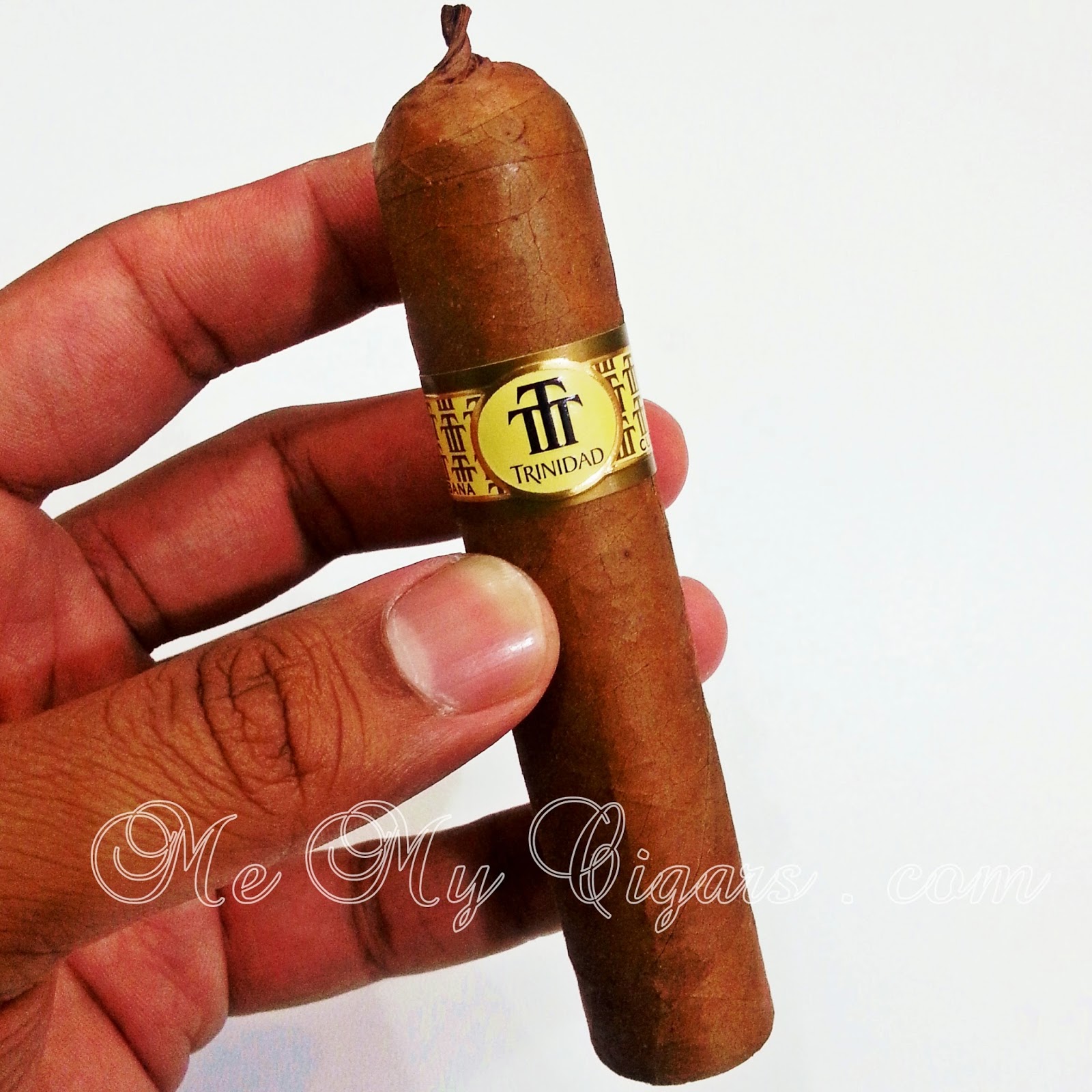 During the Trinidad Evening in the 16th Habanos Festival last February 2014, they gave out the Trinidad Vigia and Cohiba Robustos Supremos EL 2014 for sampling with our dinner. The cigar was great to smoke along with the a wonderful evening that made it so memorable! That is why I kept one to review for you guys! Before we get started, below are some pictures I took during the Trinidad event: 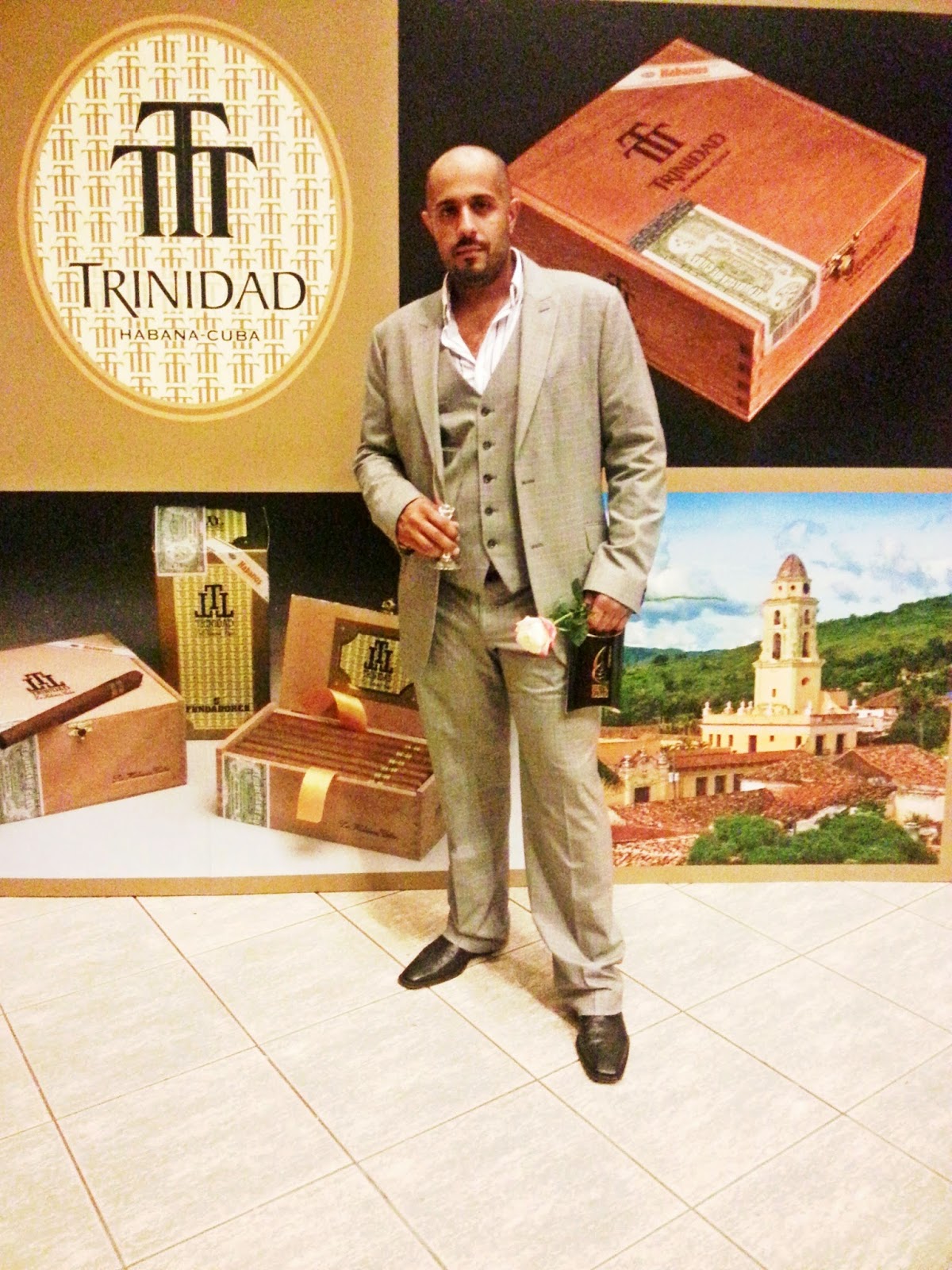 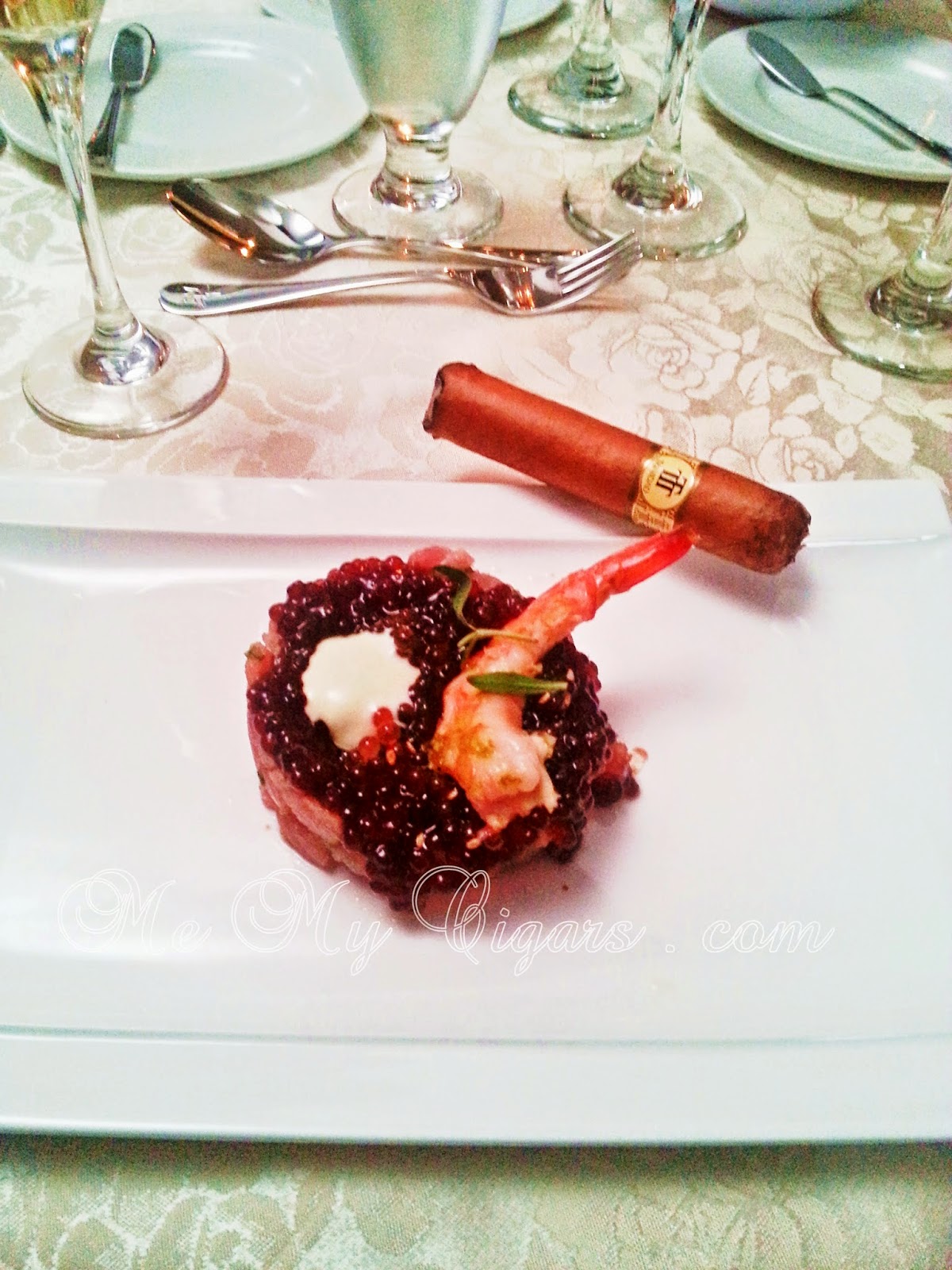 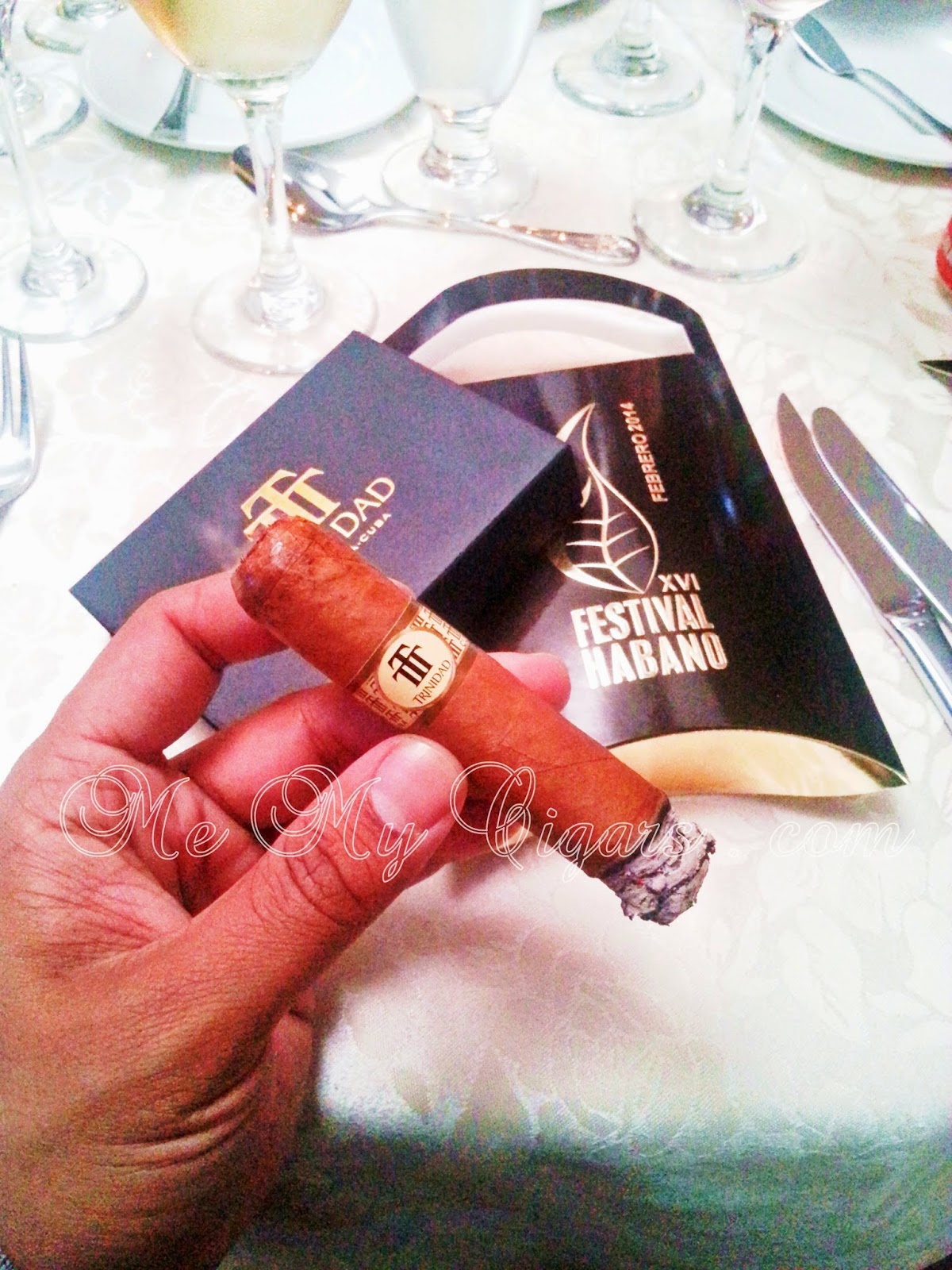 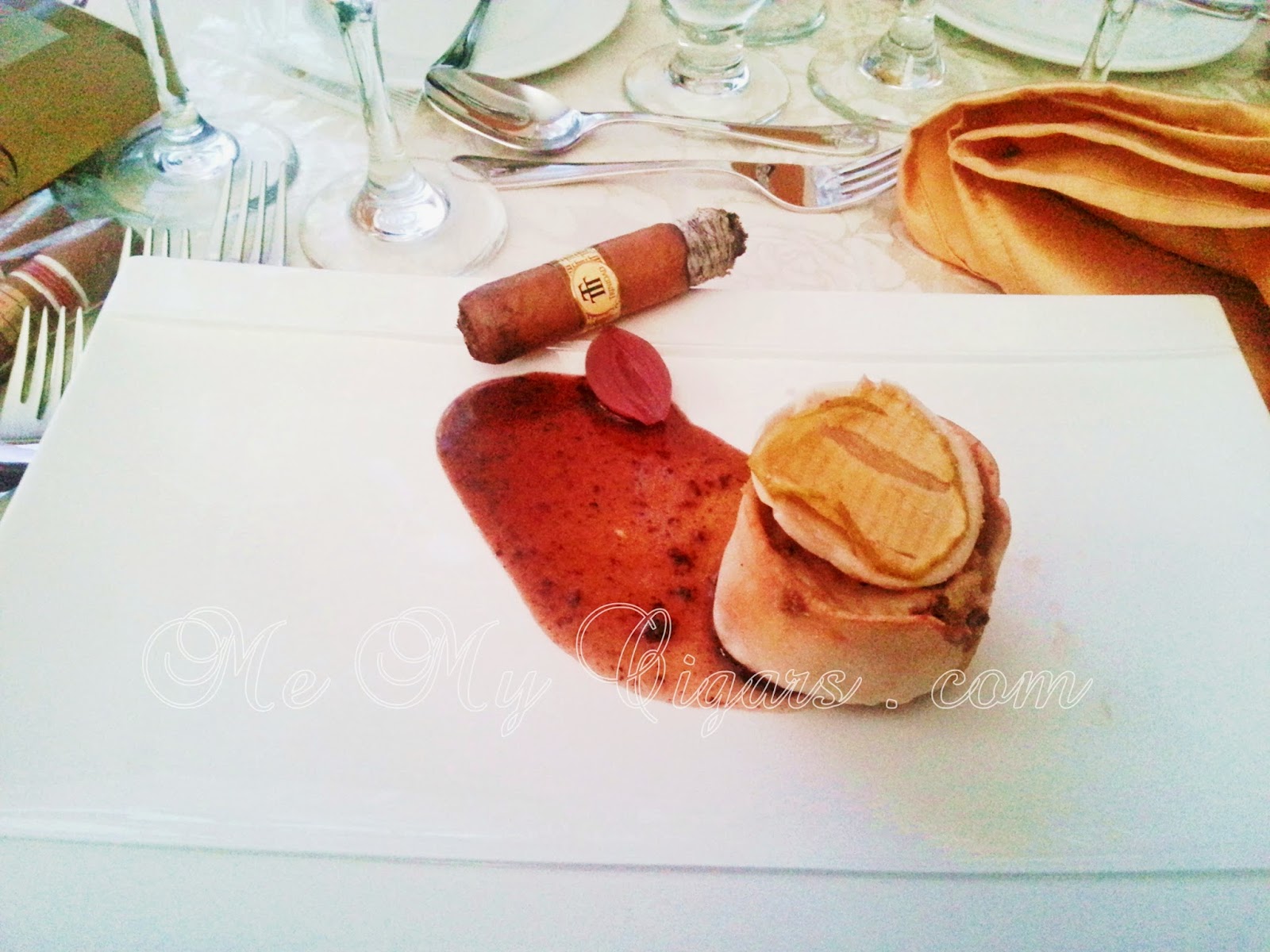 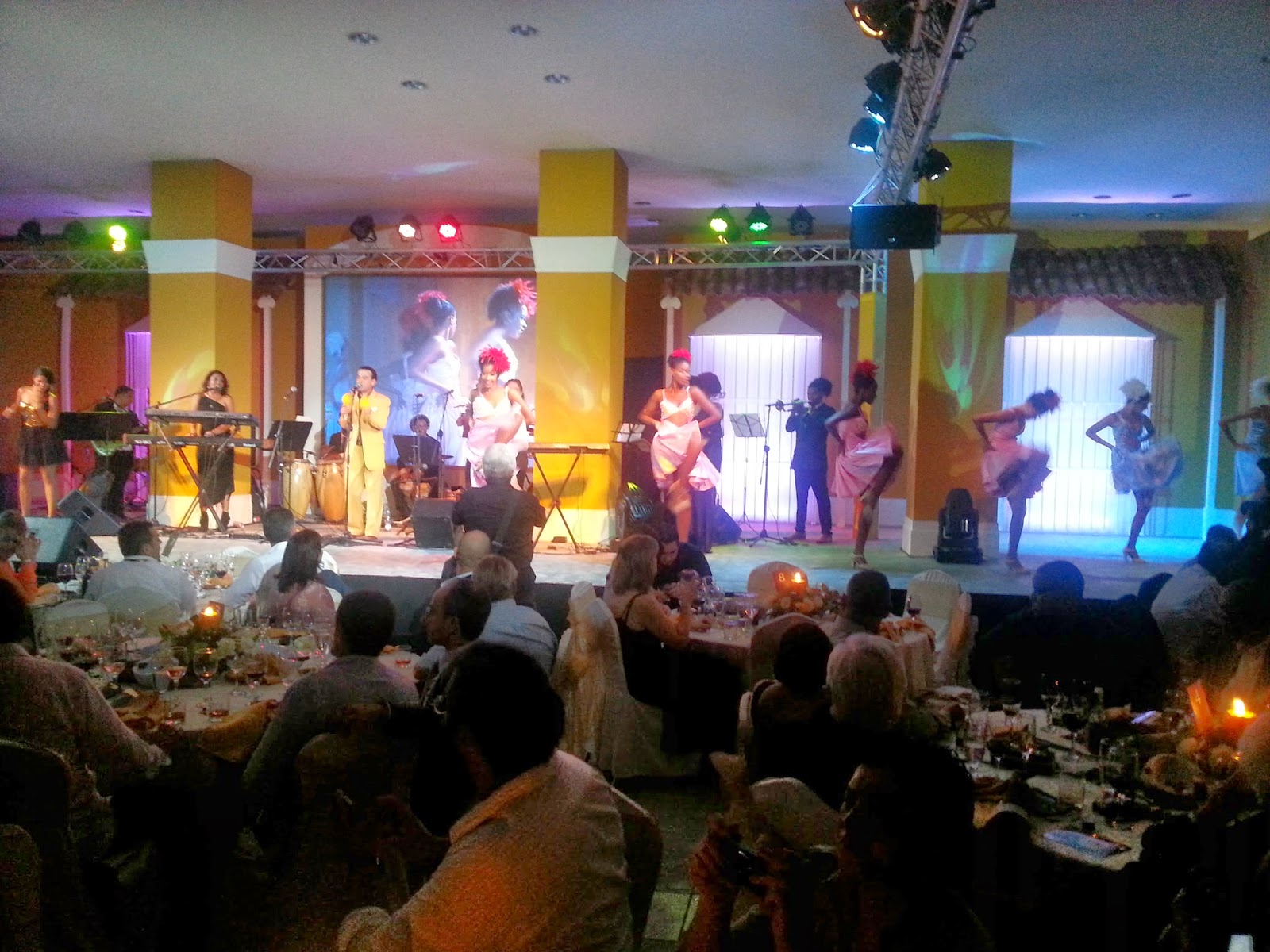 
The Construction - This is the first in the Trinidad line with a wonderful 54 gauge ring. Smooth with a matte colorado claro wrapper and very faint veins running throughout the cigar. The body is soft to touch which bounce right back feel giving the illusion of a loosely rolled cigar, but its well packed and the cap continues to carry the classic pig-tail Trinidad cap. 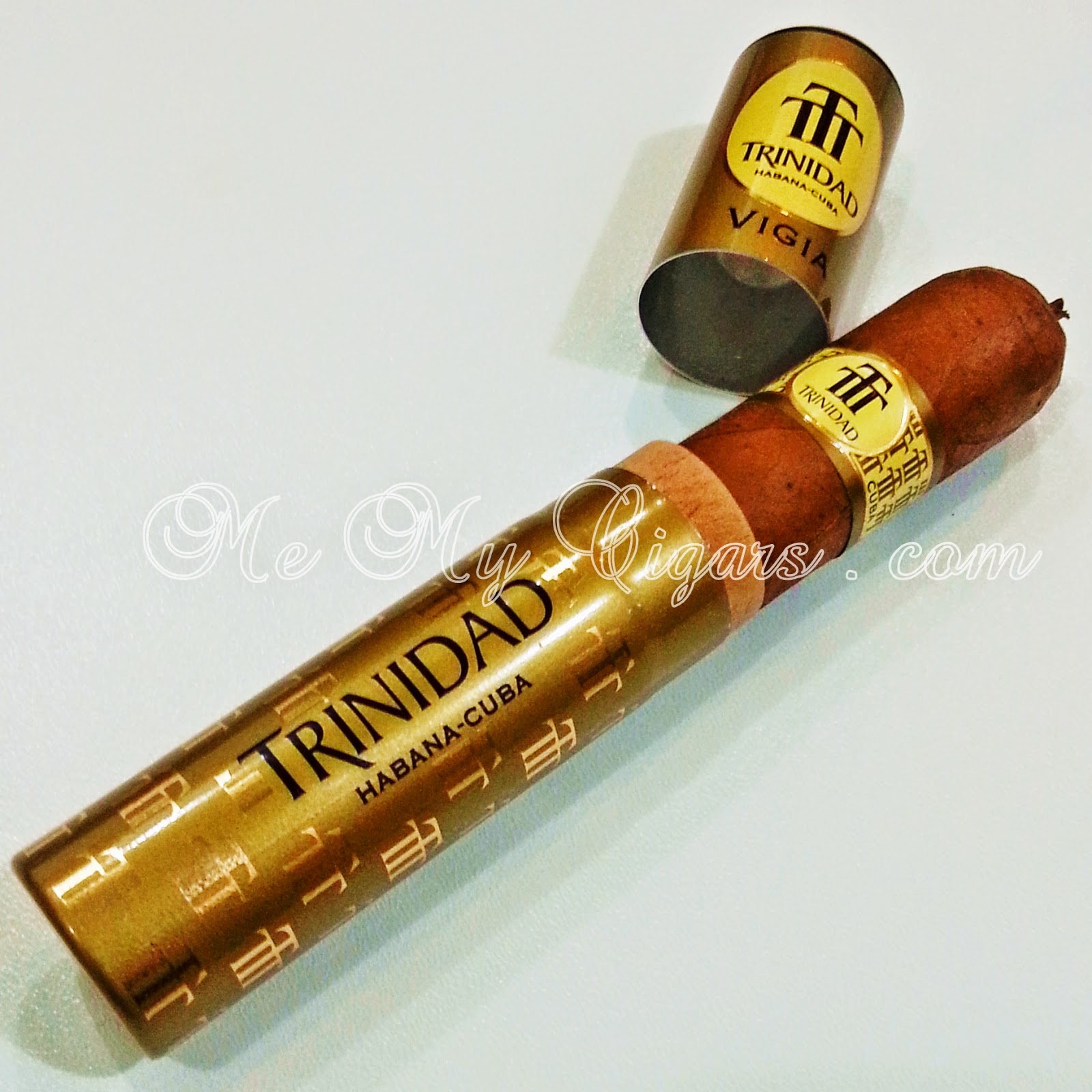 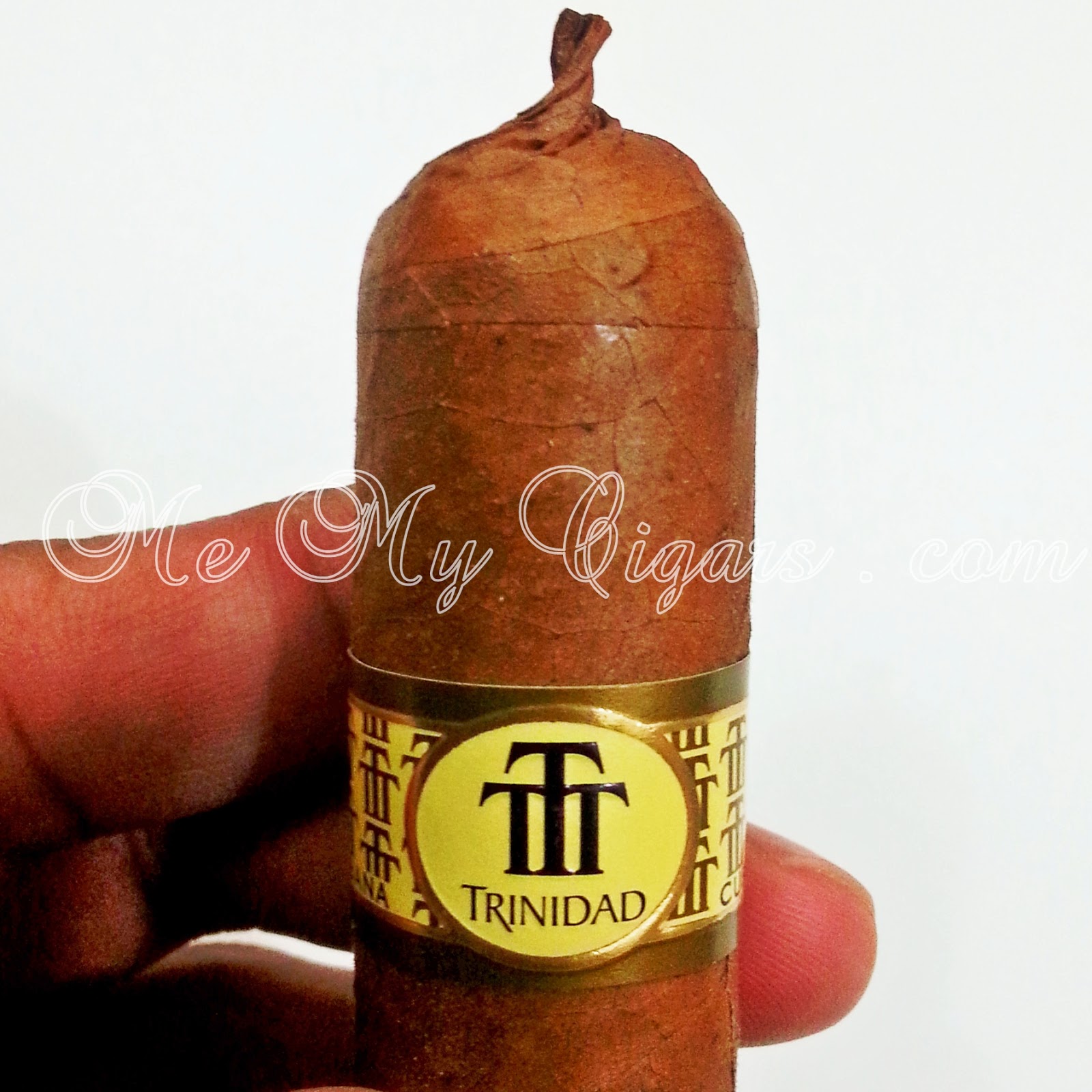 Since This came out of the Tubo, I should also mention how beautiful and elegant the tubo design was. With its classic vibrant mustardy gold Trinidad color, which is a little bit longer than the Montecristo Petit Edmundo tubo, it has the Trinidad logo and the cigar name Vigia printed on the pull-away cap while the bottom (inside lined with a cedar sheet) showcases a gold stamped Trinidad logos all around it. 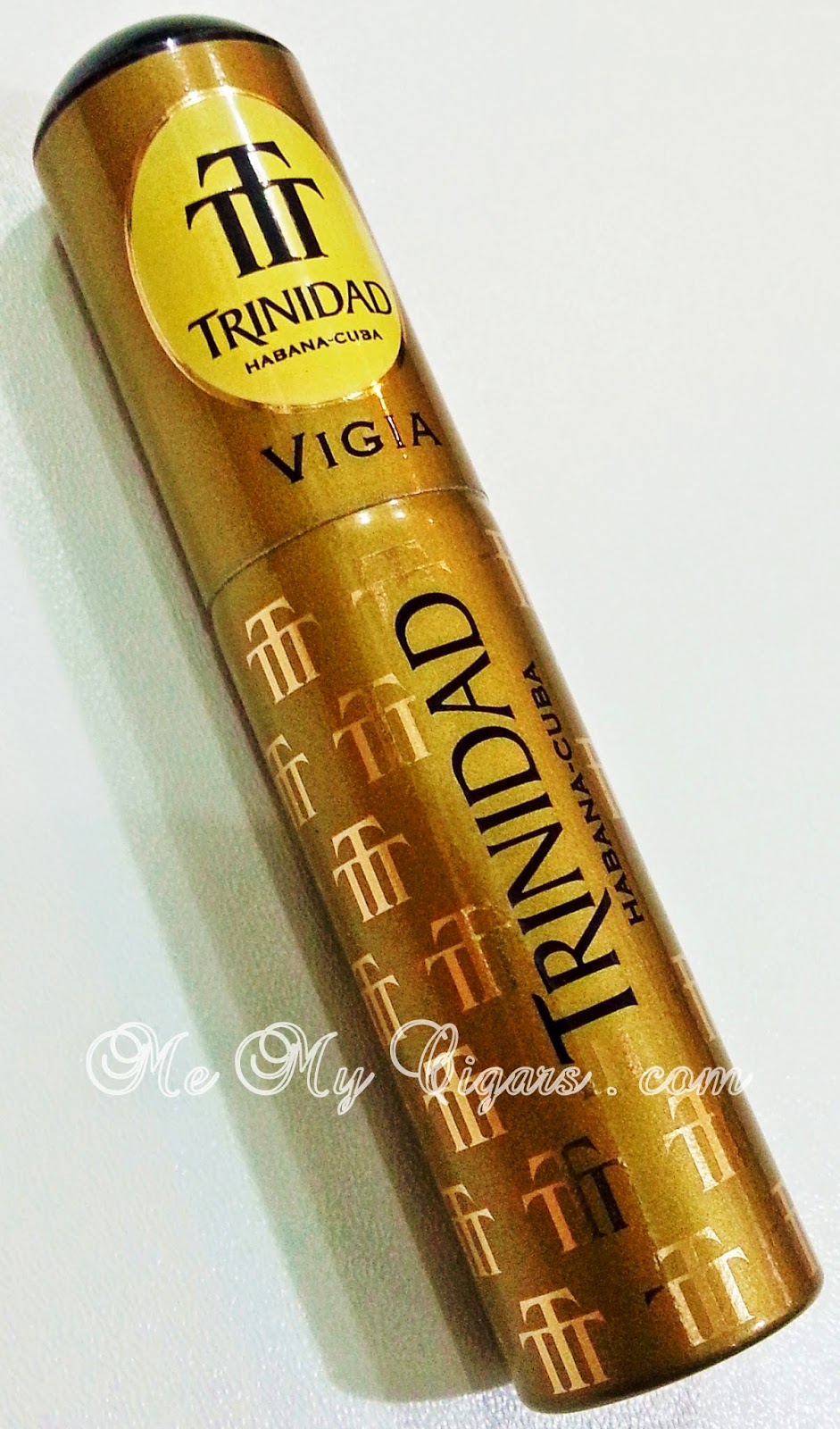 The Draw - Again, using a wide-gauge punch to cut the pig-tail carefully, the cold draw offers just enough resistance to pick up some soft earthy notes with hints of wet grass and roasted nuts. 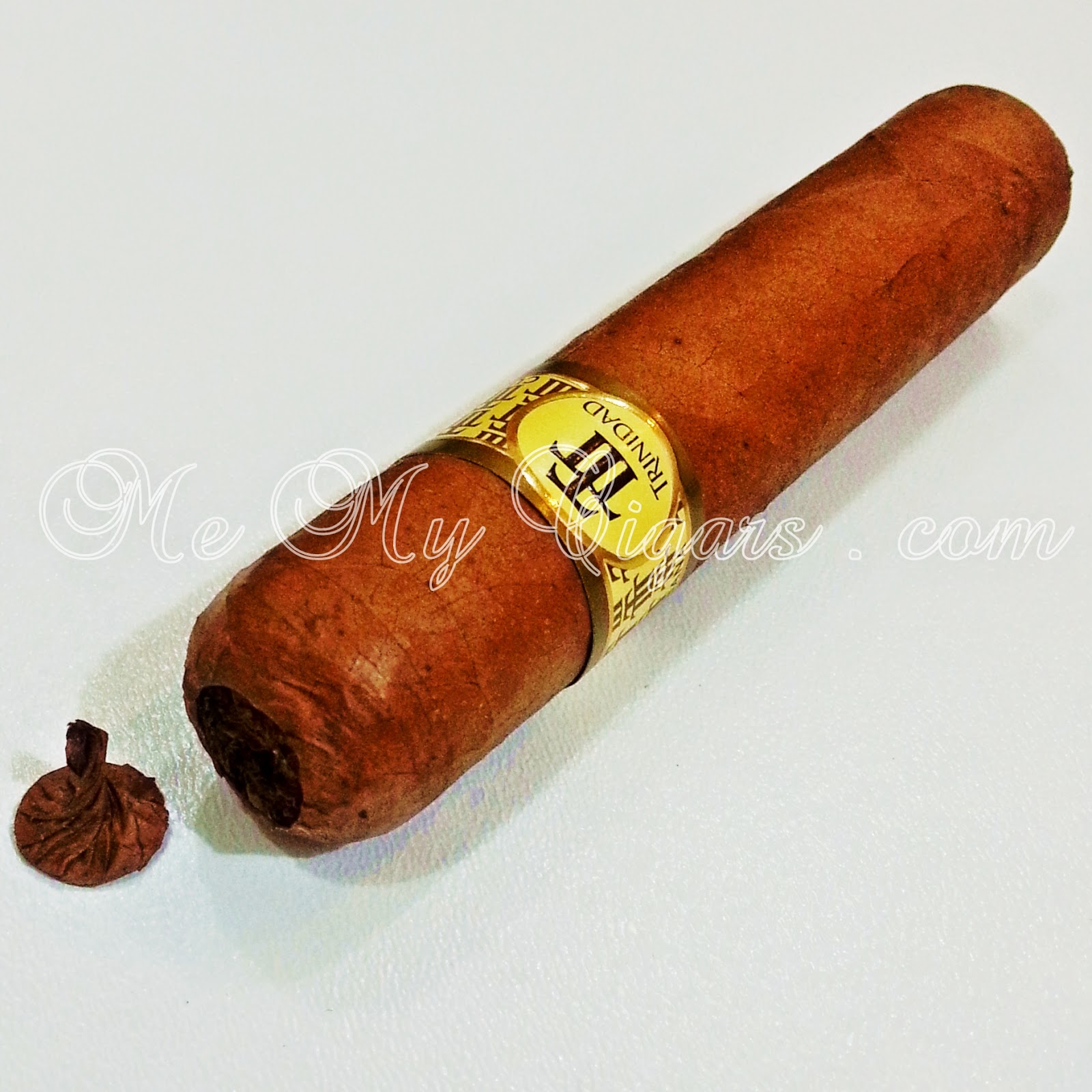 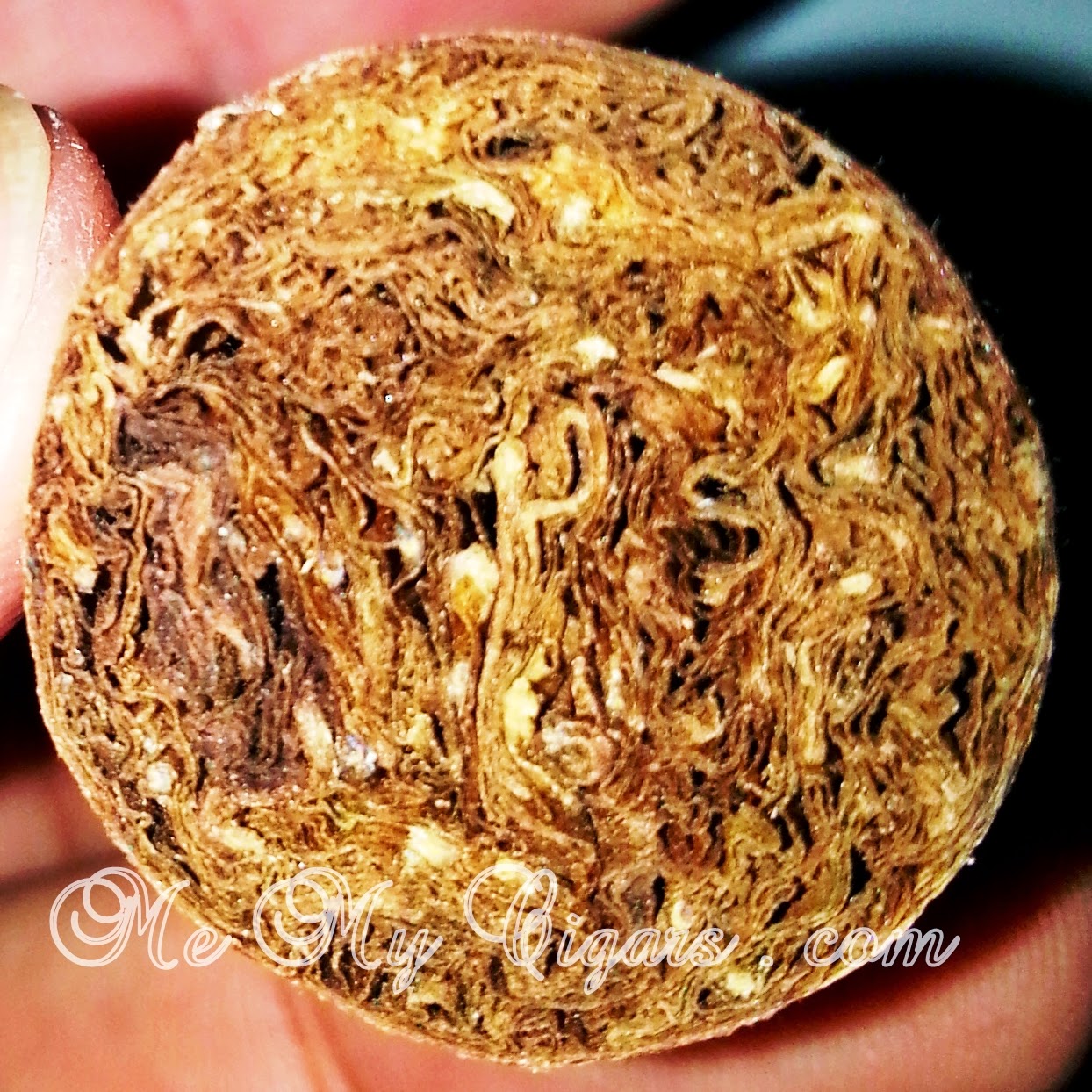 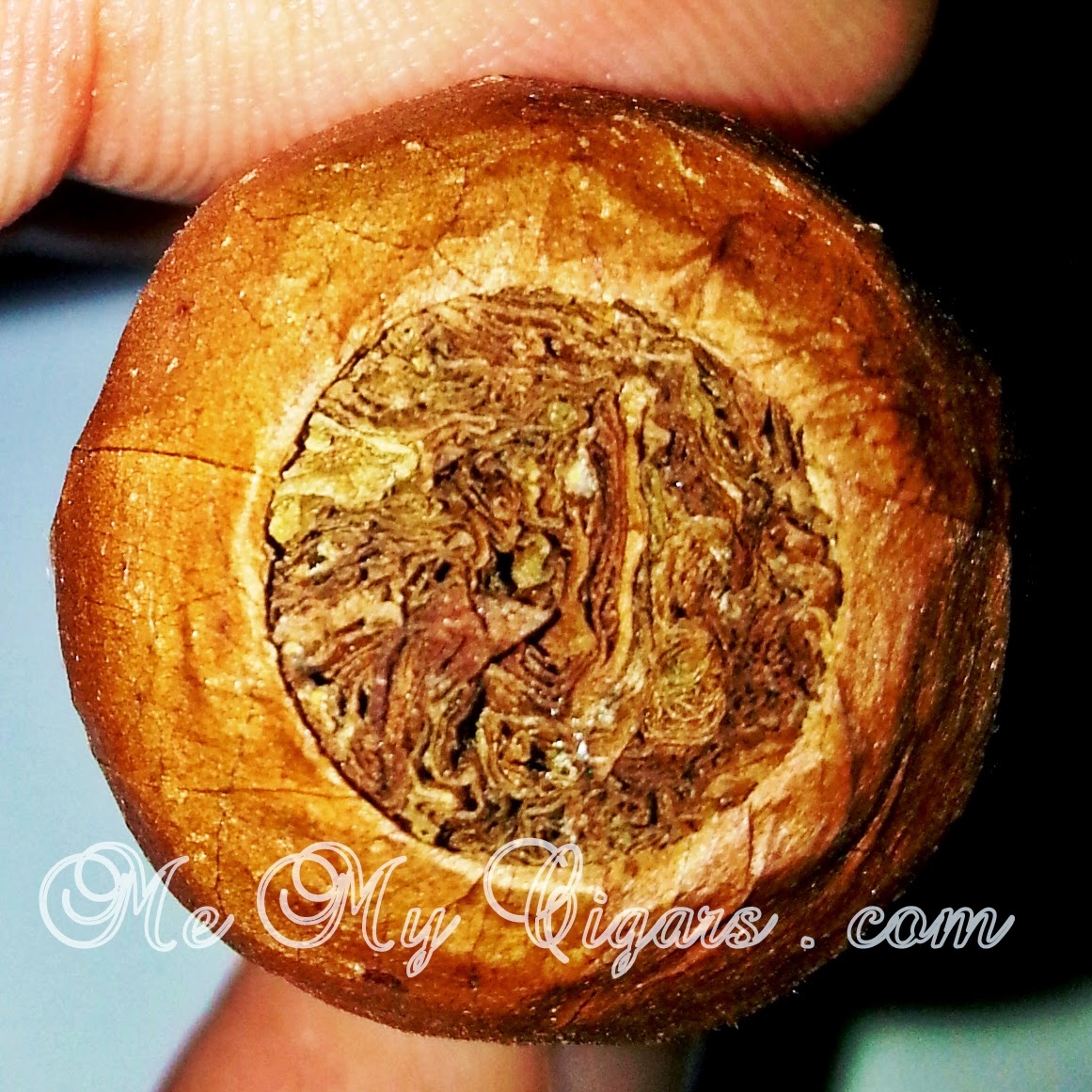 The First Burn - Surprisingly, once light there were no harsh taste to the smoke which you would expect with a fairly young cigar, instead it quickly gave off that noticeable Trinidad characteristic of grounded nuts and earthy taste with hints of cloves. In other words, it started out great, but... this quickly disappeared and then came along that dry woody notes and spicy kick that you would get in the back of the throat when you drink cinnamon tea. 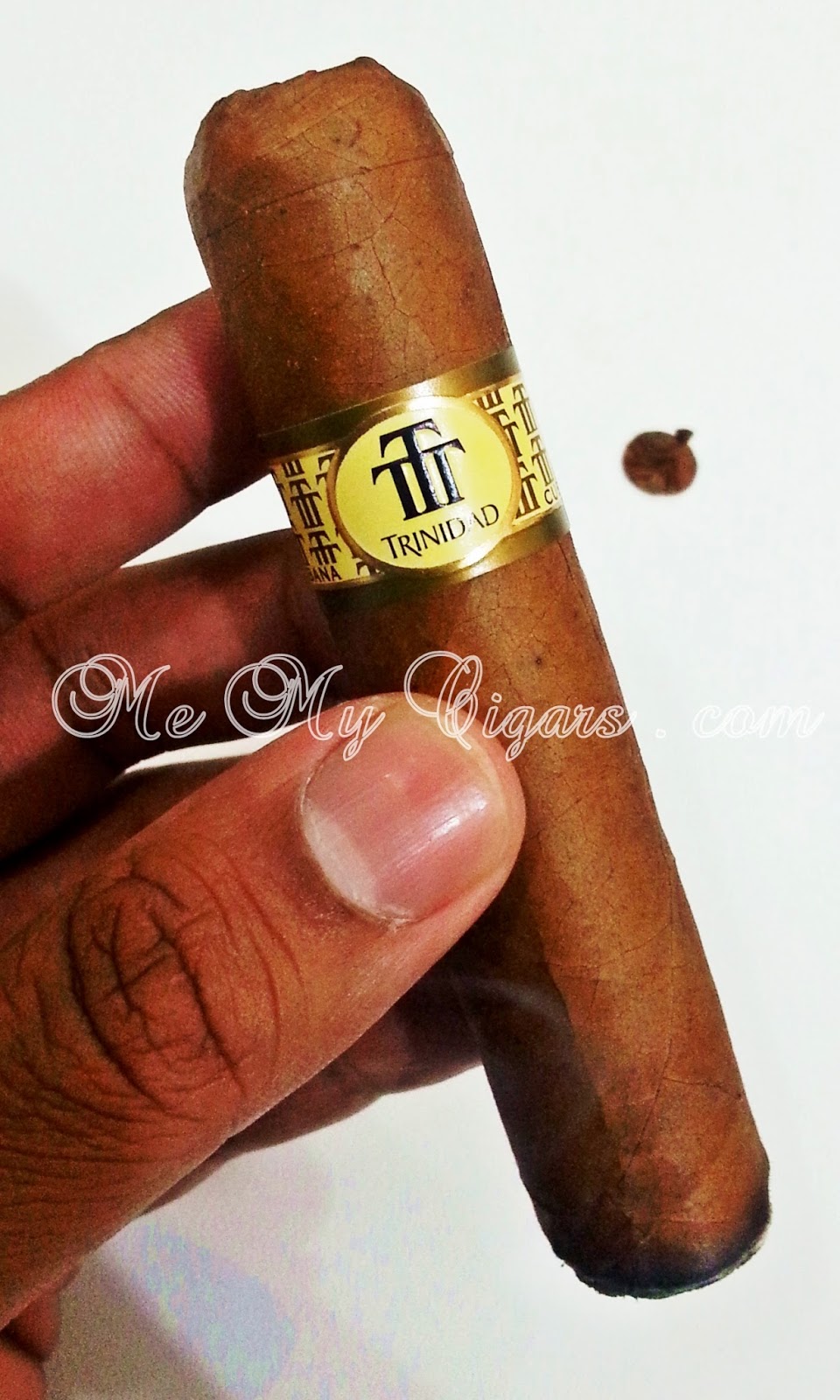 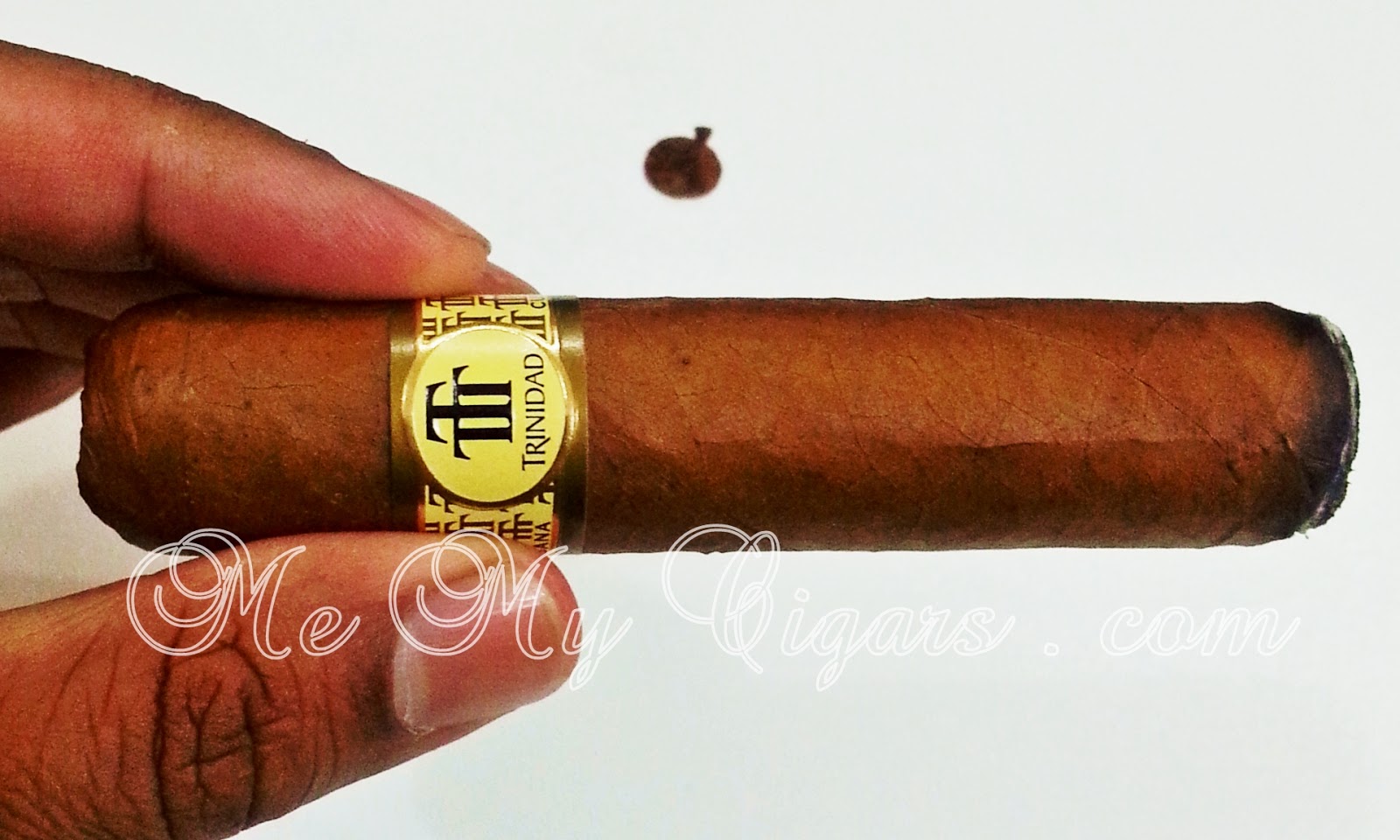 Not that I remember, but this made me wonder if I experienced the same thing when I smoked it during the festival! This flavor profile continued all the way to the middle of the cigar. The burn is even and the smoke is light. 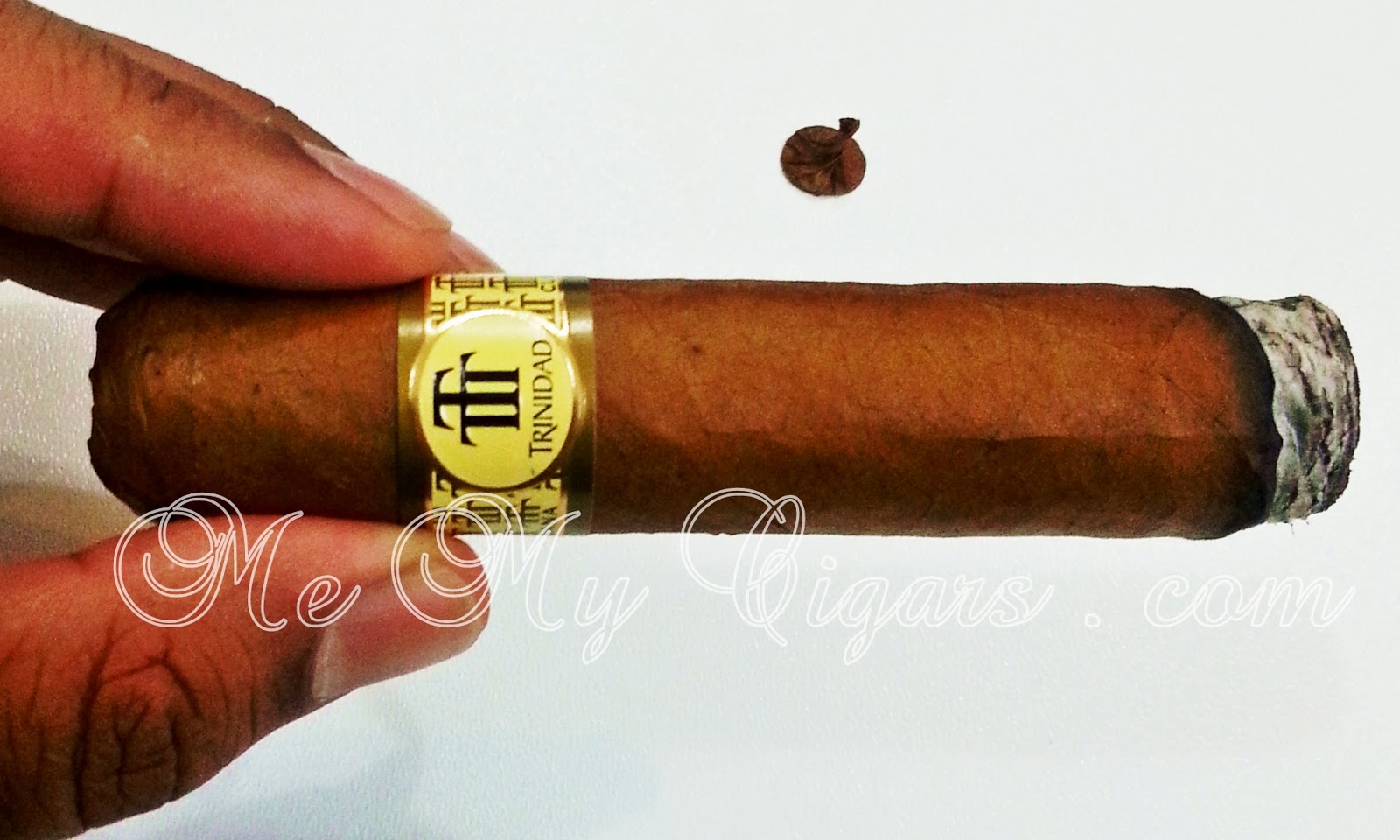 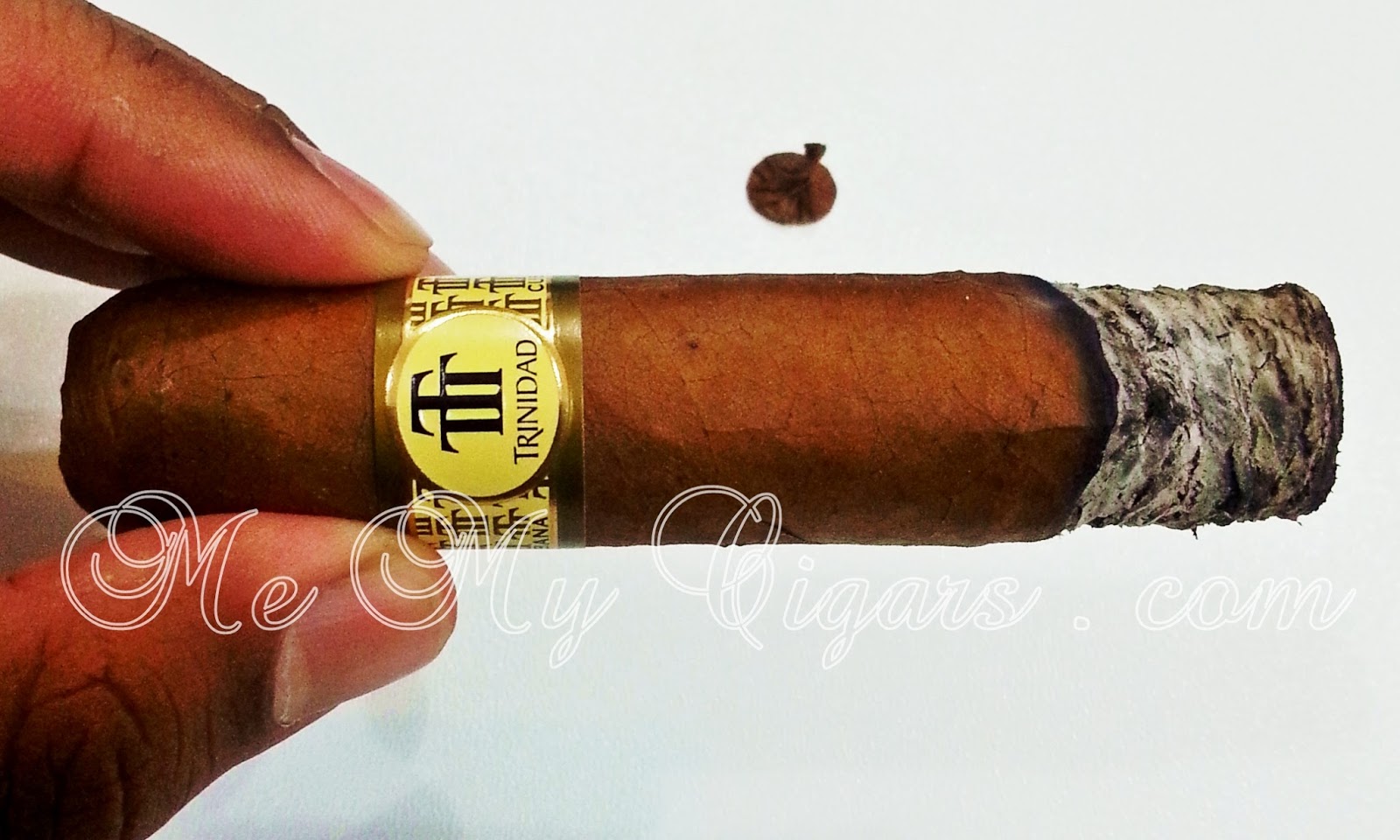 The Middle Burn - Now to try explain this further, the dominant character is wood with a clovey/cinnamony spice, which sometimes turn sweet. Again, when I say its woody, the flavor starts out with dry wood then shifts to wet or moist wood. The nutty notes kicks in, then by the end of the middle half the Trinidad characters come out again with its fresh grass and damp soil scent leaving a very creamy finish on your palate and soft spice that of nutmeg. 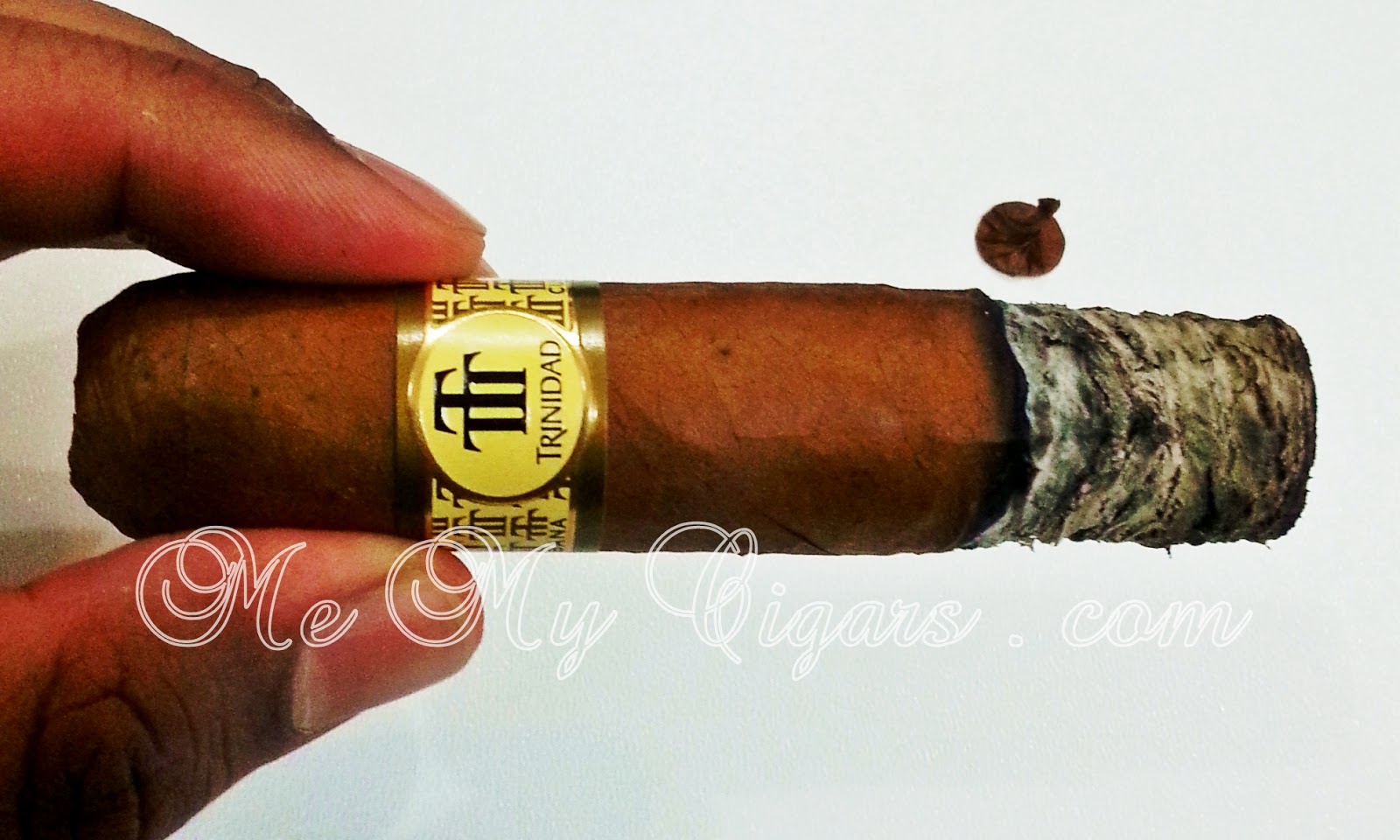 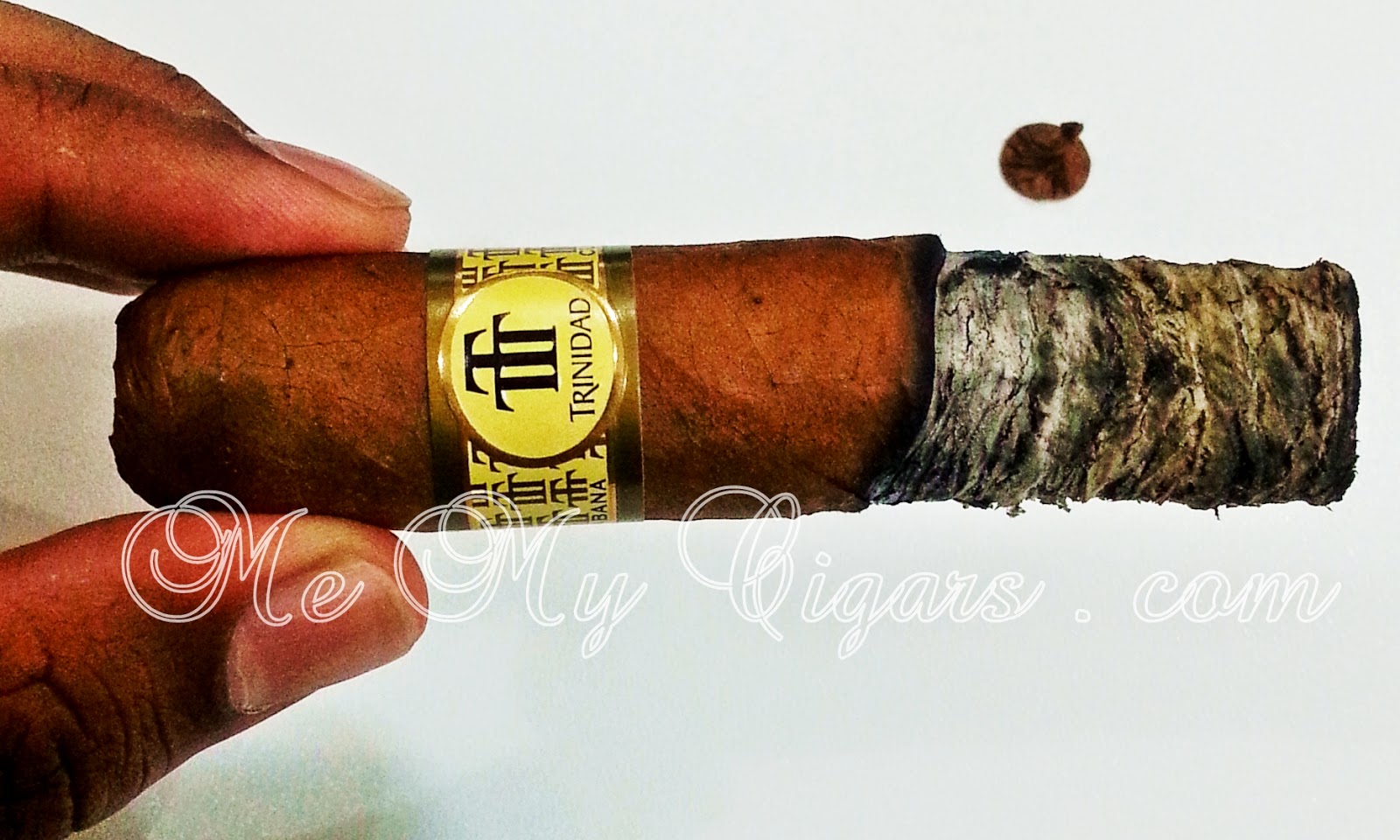 The ash holds up pretty well and smoke is silky smooth but by this end the burn becomes uneven which I had to drop the ash to make sure i can quickly correct it. 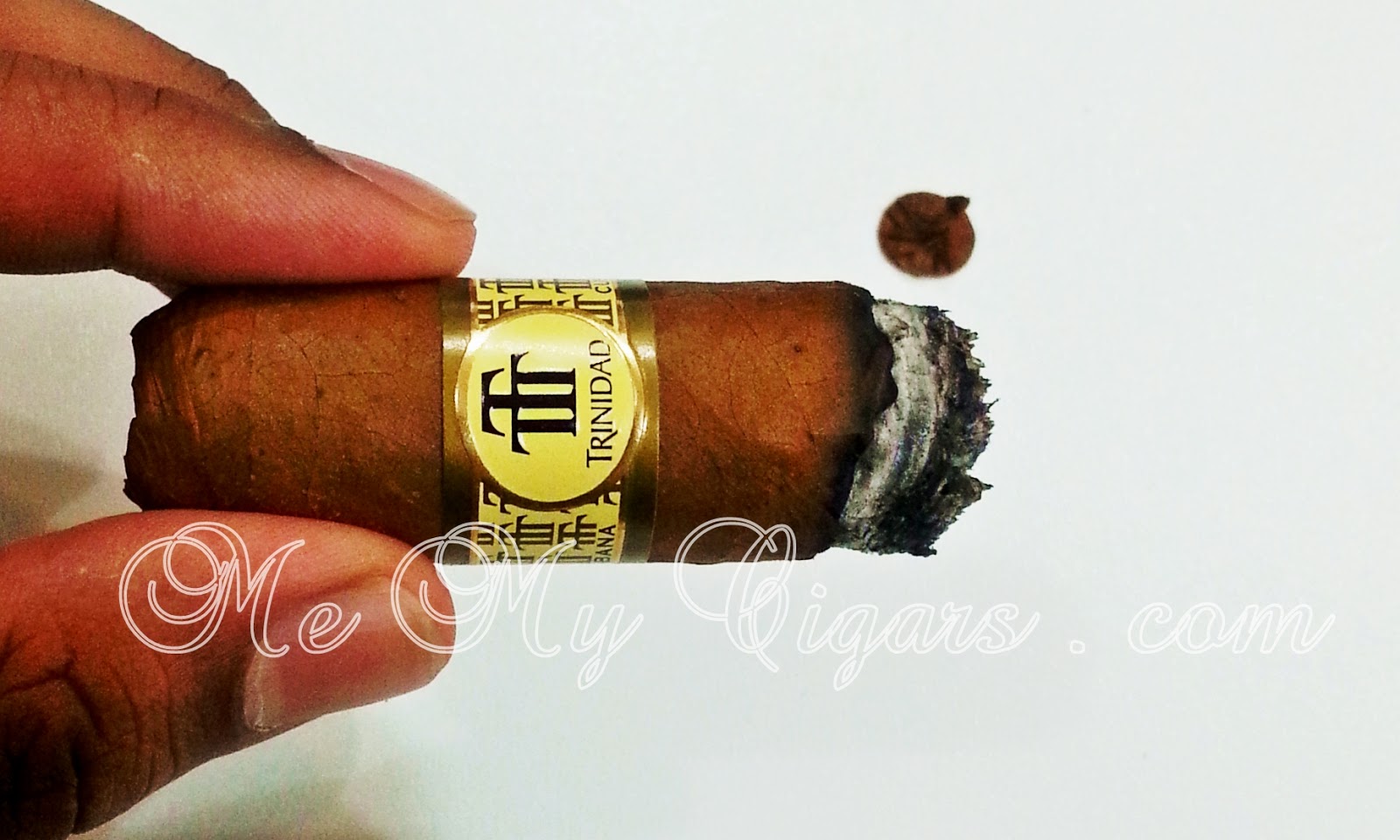 The Final Burn - The flavor profile continues to follow the last of the middle part but with intense earthy taste and spiciness comes and goes. The woody notes can be very distinctive during this part as well but the sweetness and nuttiness of the smoke make this cigar such a joy to go all the way to the nub! 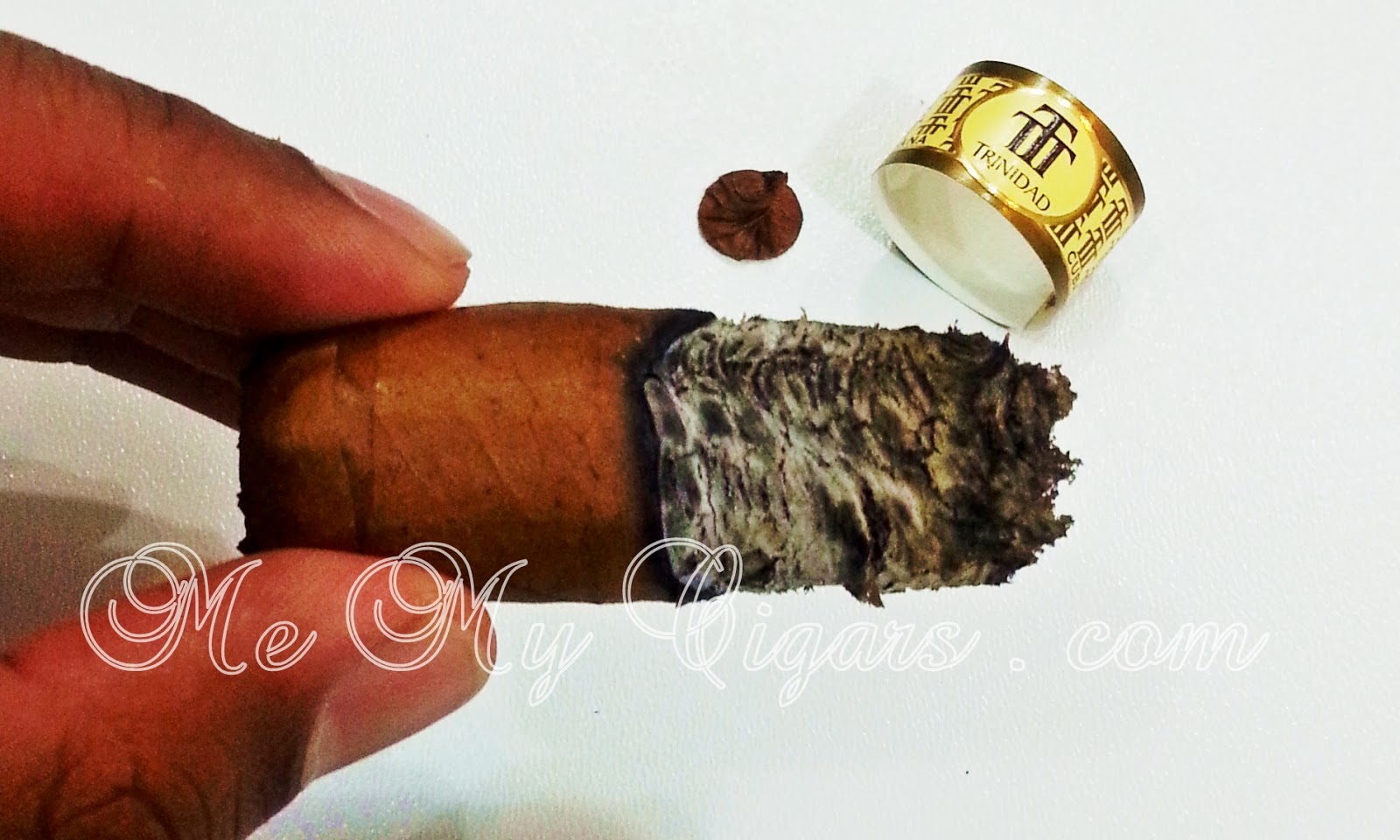 A wonderful size cigar which has potential of developing with time. It is great for an after dinner smoke and I will definitely revisit this again after a couple of months (since I managed to score two more Vigia cigars during the festival) to see if the profile holds up the same. 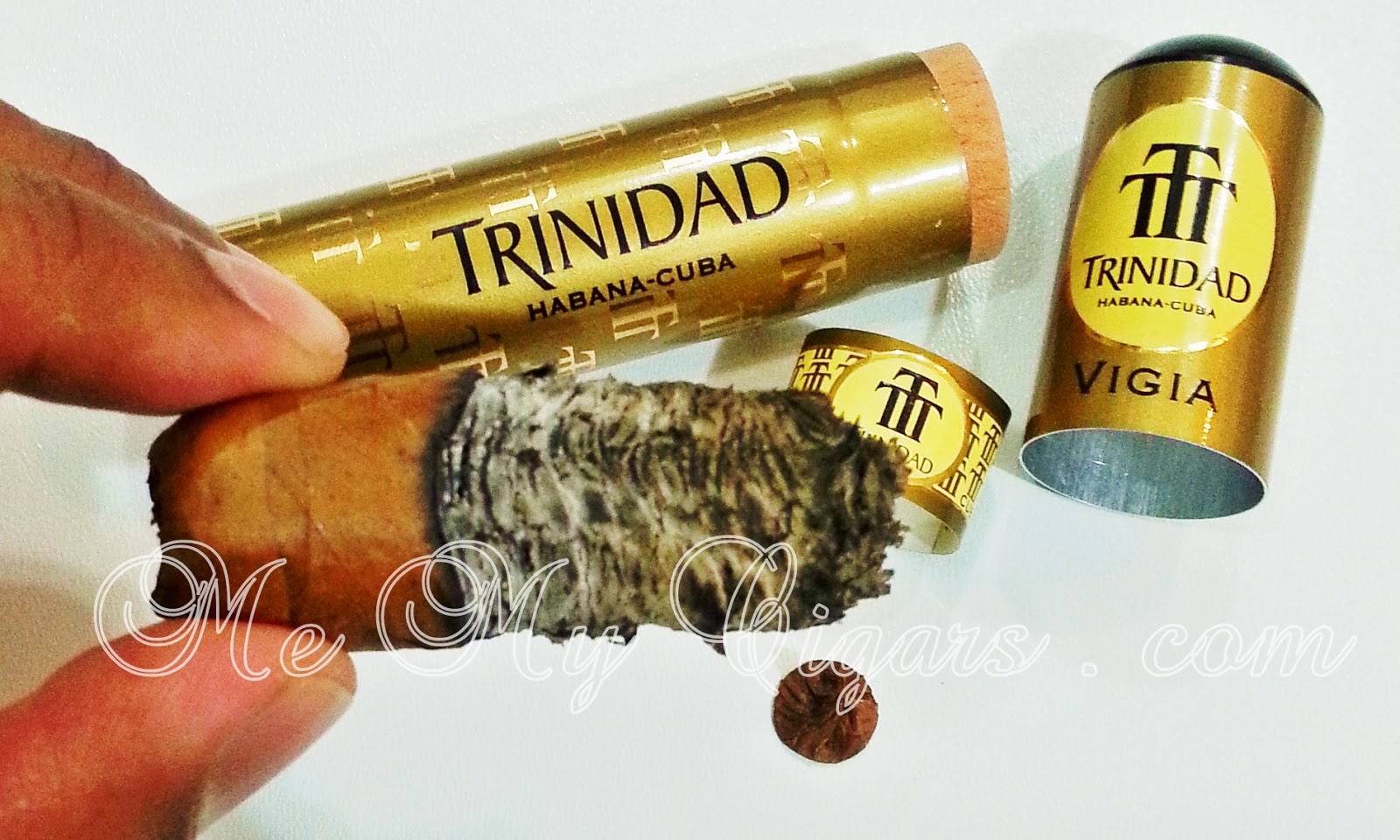 The Pairing - Nespresso Livanto, with intensity level 6, offers a fruity and malty notes with a caramelized finished which I thinks it complements the Trinidad Vigia's earthy, woody and spicy notes. 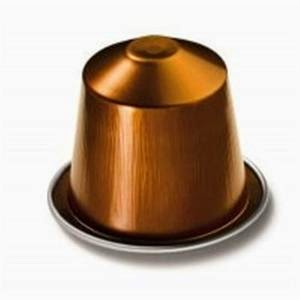 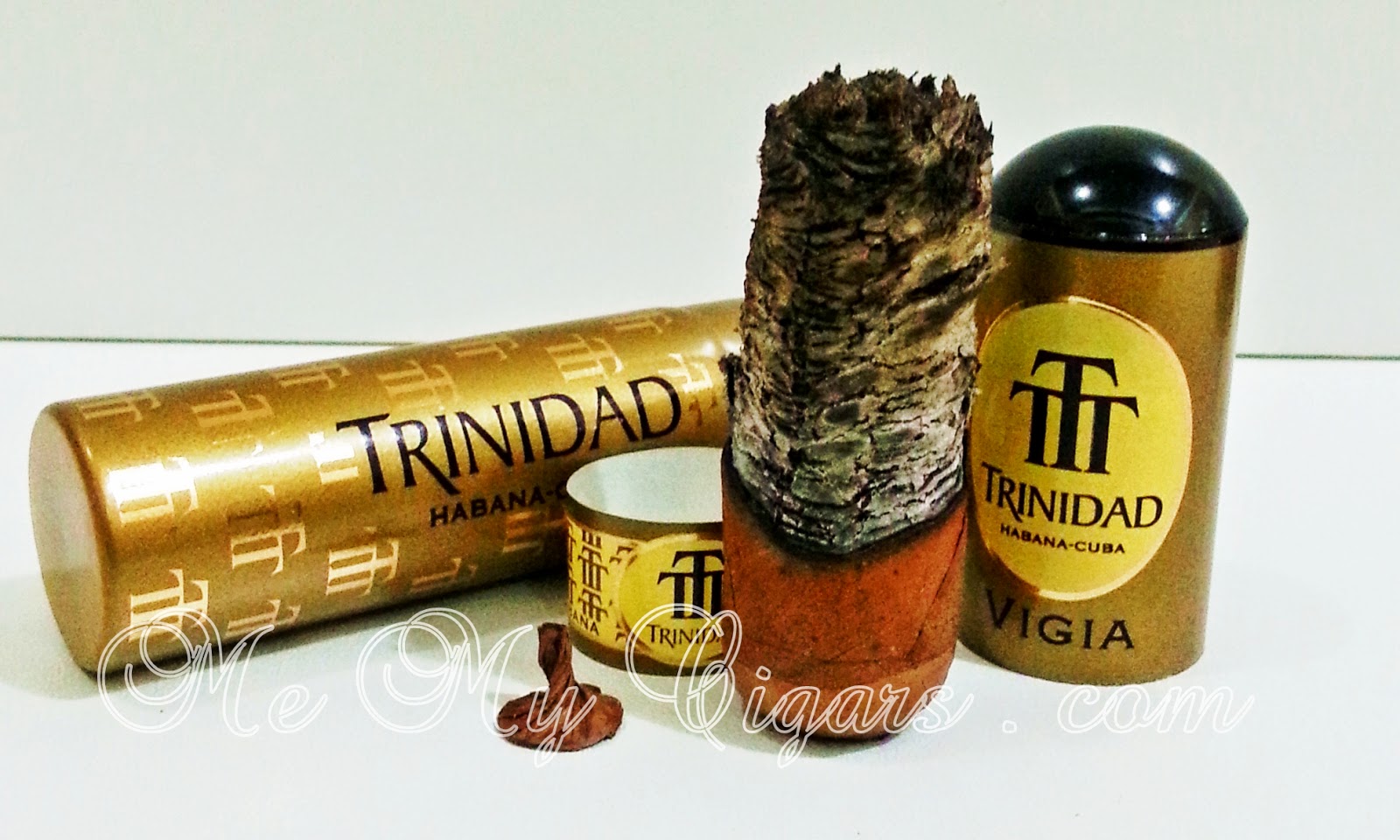