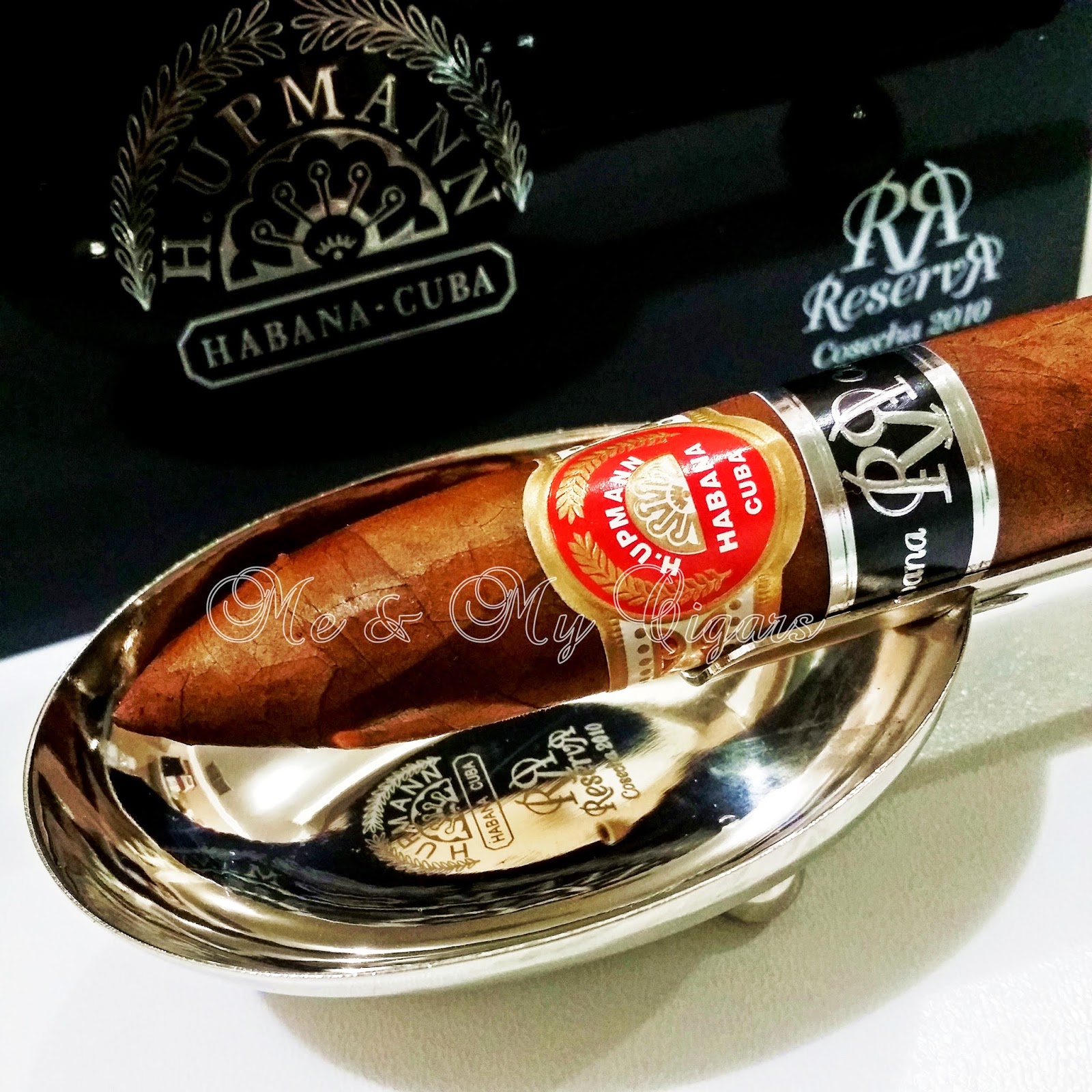 Well this cigar should be on the shelves real soon, that is why I kept this review off until now. I remember first tasting the H Upmann No.2 Reserva which was during the Gala Dinner at the 16th Habanos Festival last February 2014. It was unfair to review it and savor the note back then, simply because of several factors that might influence the cigar let alone the fact that my palette was completely off from the numerous amounts of cigars that I've been smoking during the festival! (Good times) 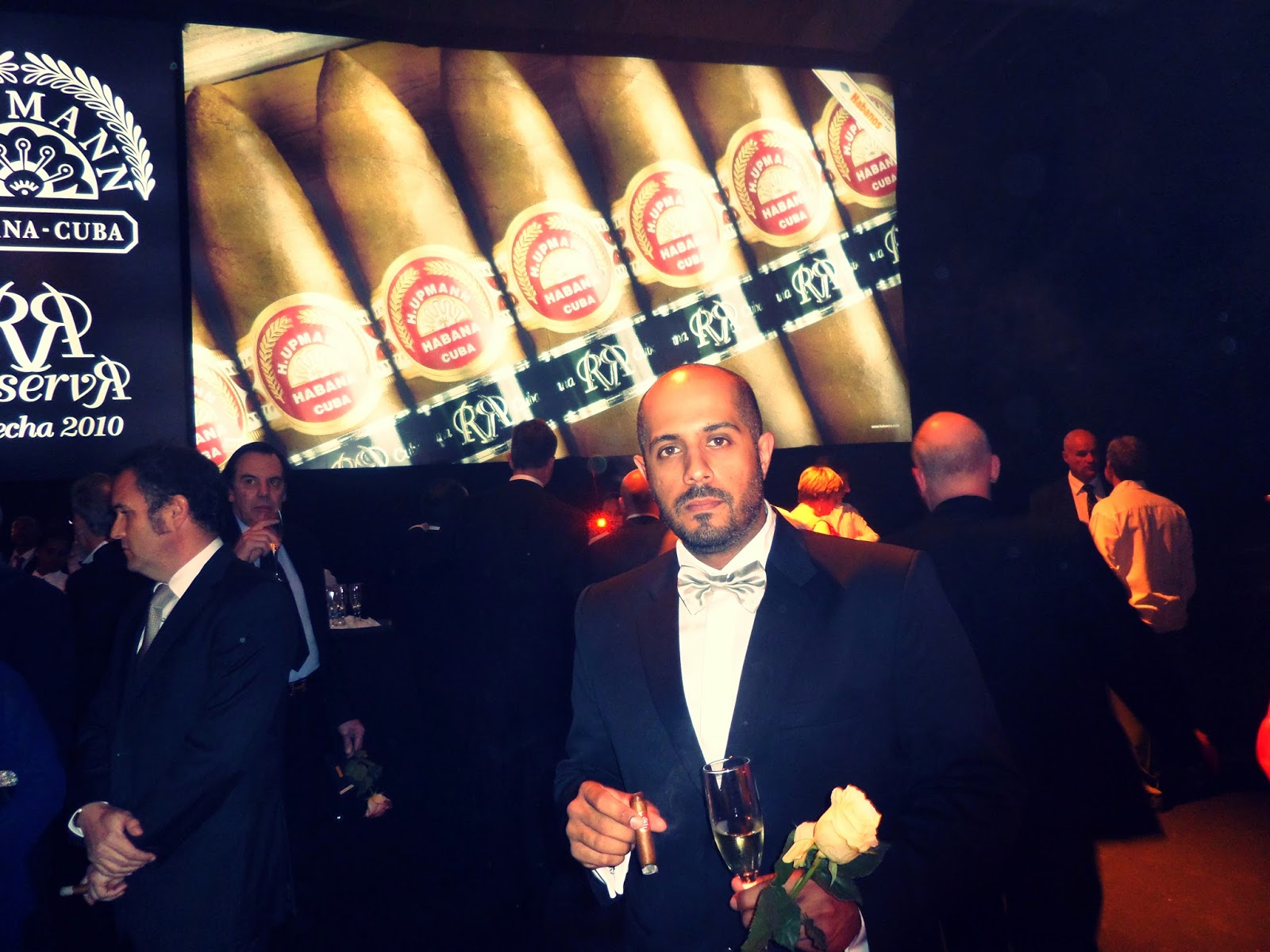 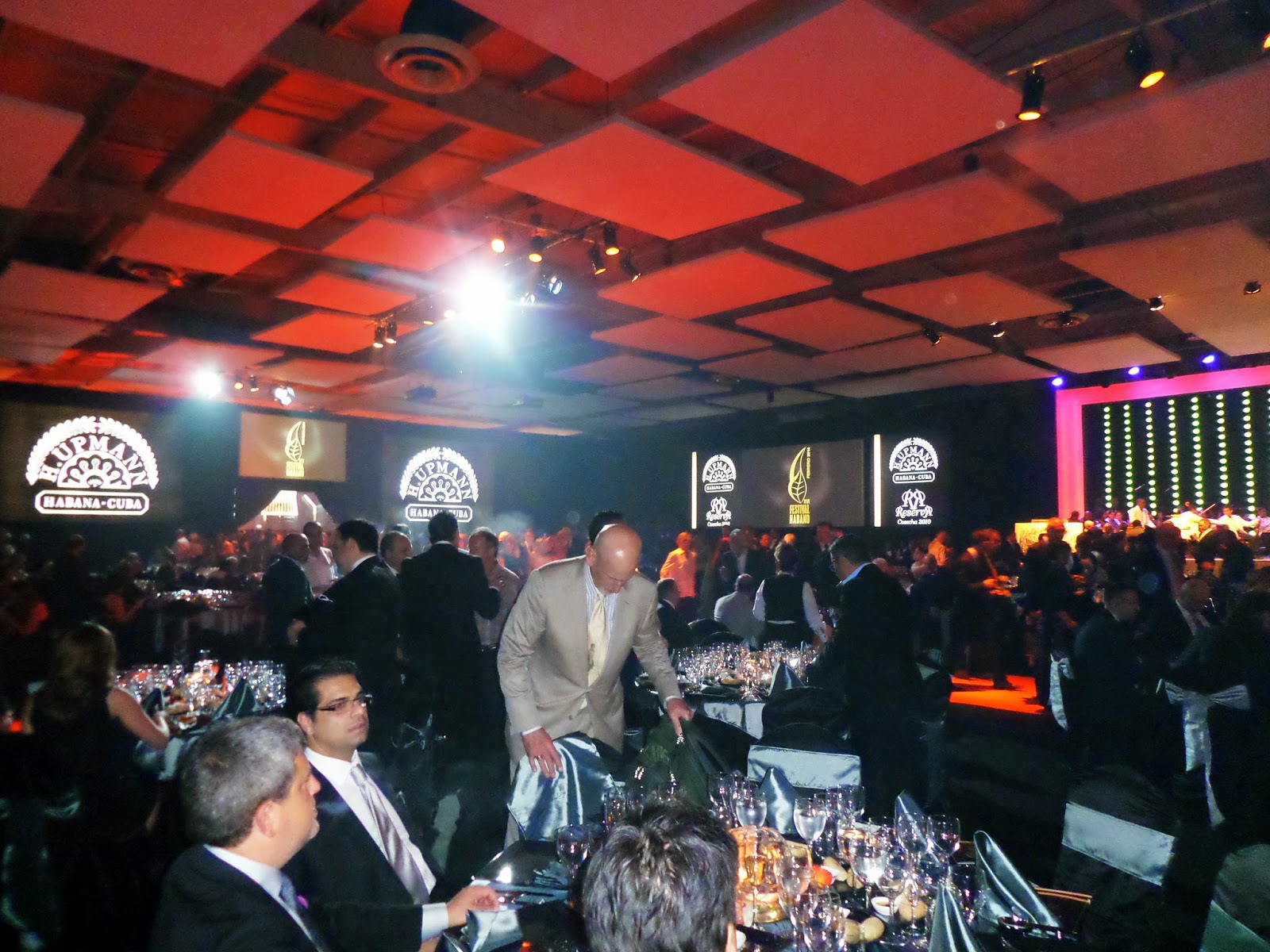 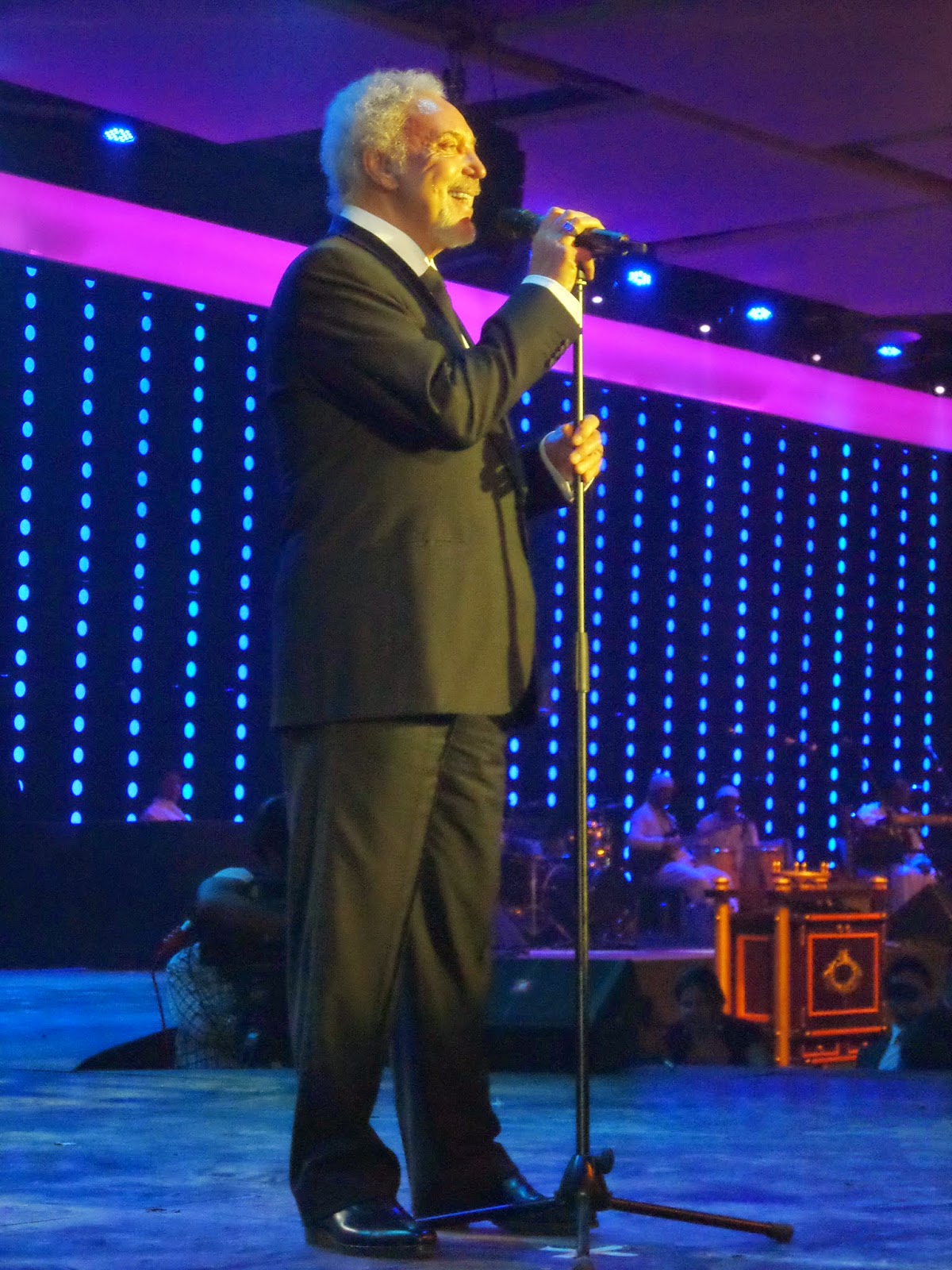 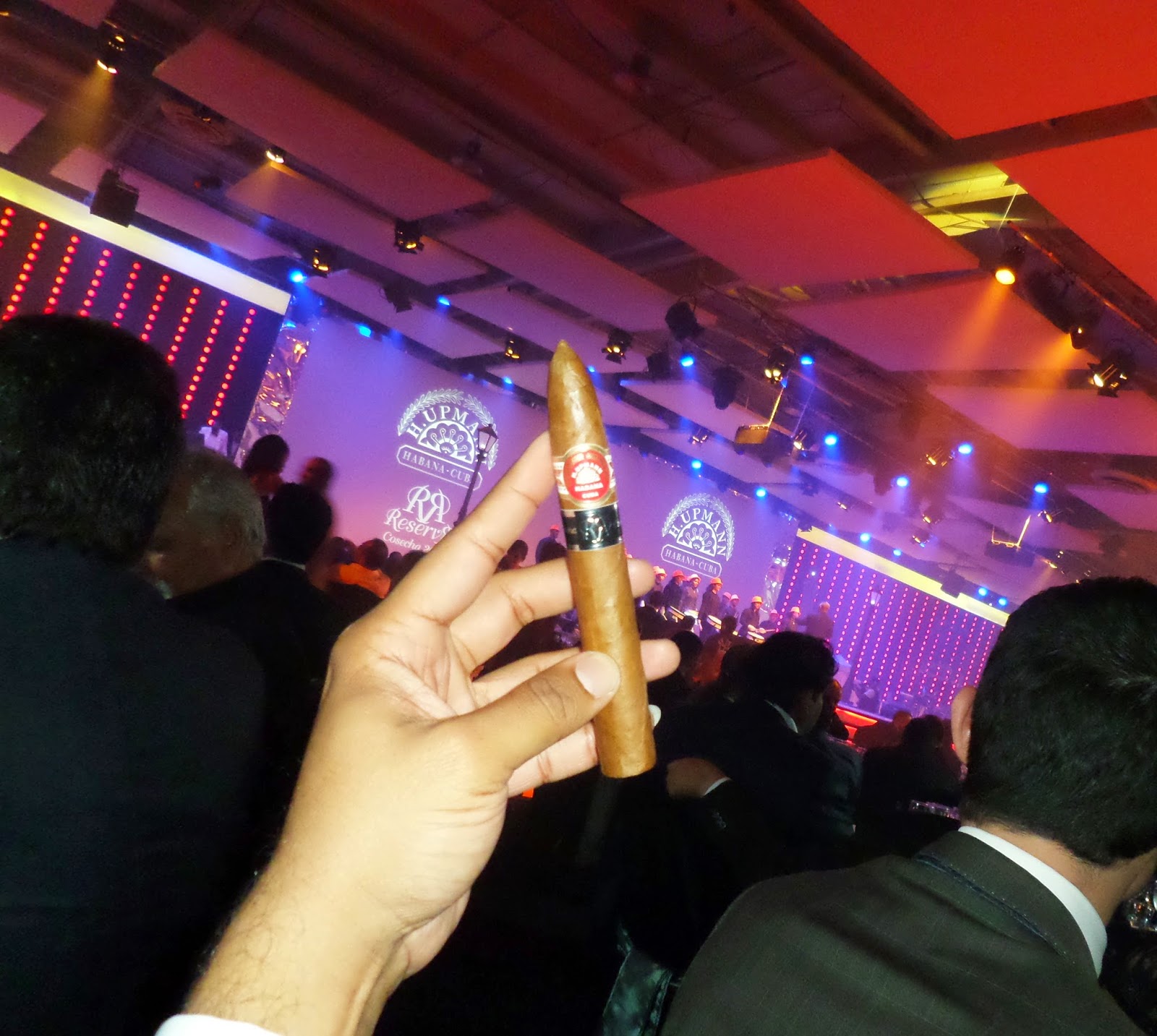 Tom John blessing the stage and sampling the new Upmann No.2 Reserva


As you are aware, the 16th Habanos Festival Gala Dinner paid tribute to one the oldest continuing brand the H Upmann and finally releasing its ever-so-deserving first Reserva of the popular vitola the No. 2. A Cosecha 2010 which means the tobacco was harvested in 2010 and aged for a minimum of three years before rolling the cigar. 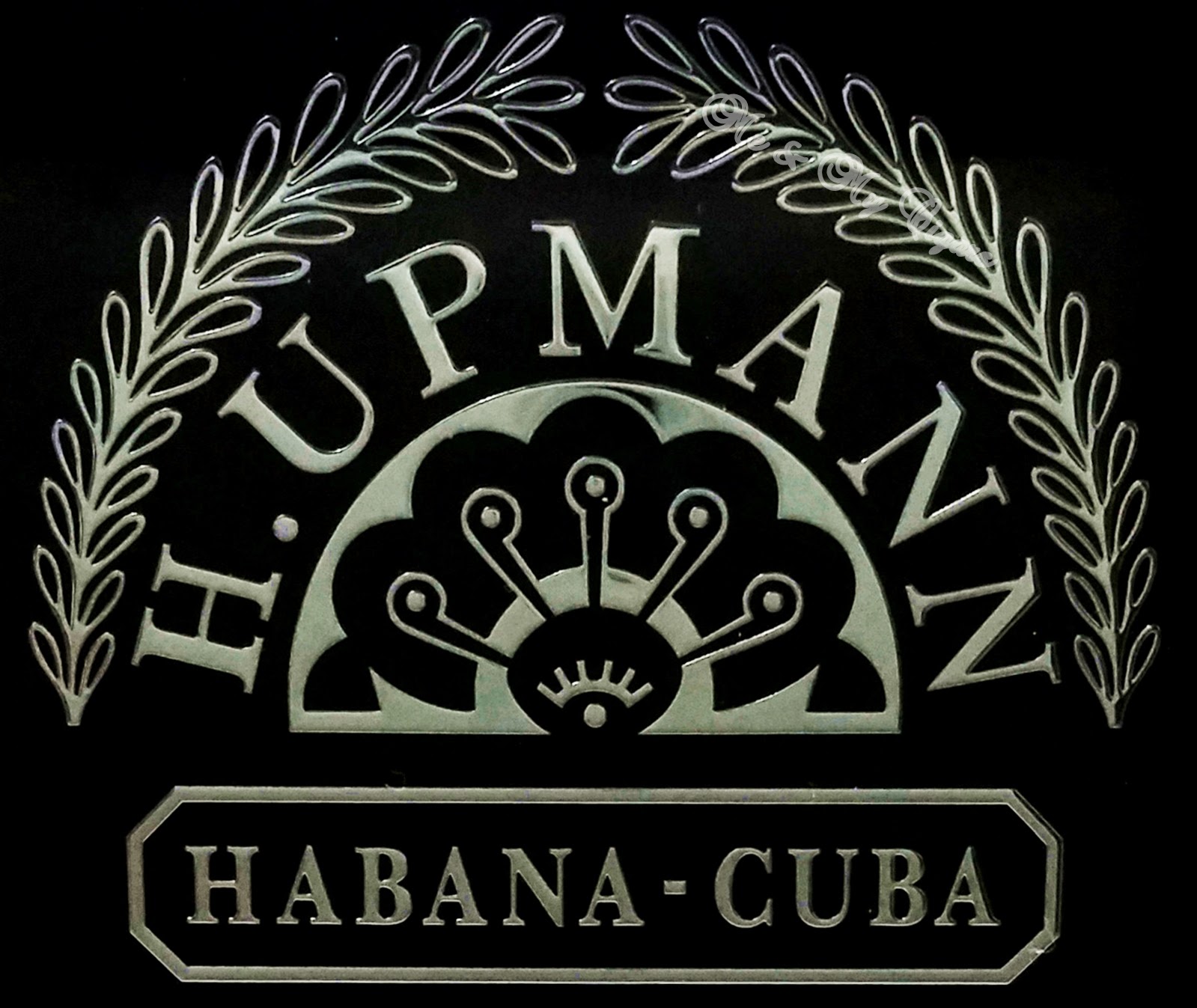 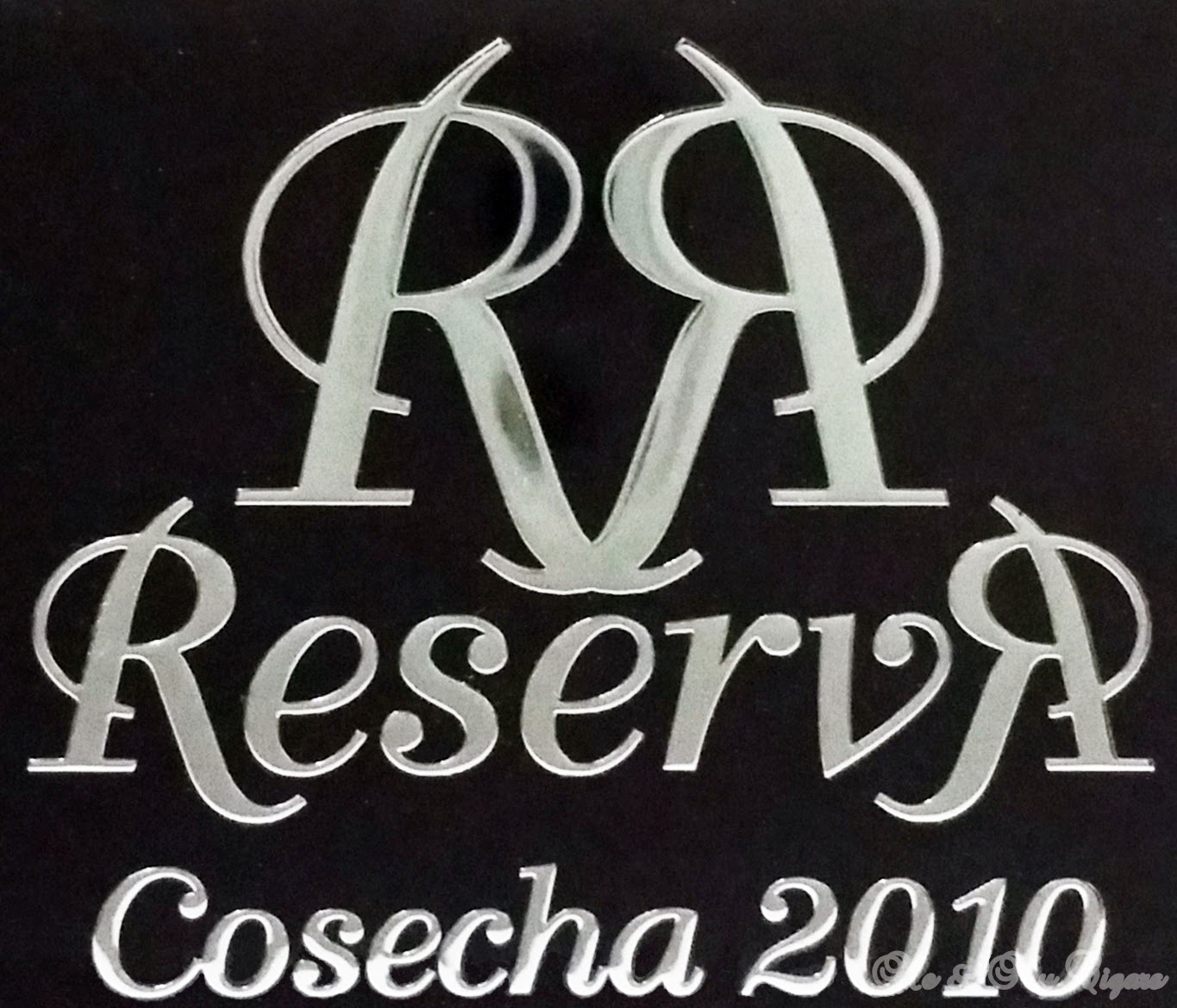 For this review I had revisited the regular production Upmann No.2  a few times to really pin point the vitola profile. I have tasted an early 2000s and a 2011 No.2 and quiet frankly they both show different notes yet bound by common denominator which stands out in most Upmann vitolas. As for the Reserva review I am smoking one of the 2 cigars that came in lacquered box made exclusively for the festival, which have been resting for almost a year, so lets take a closer look... 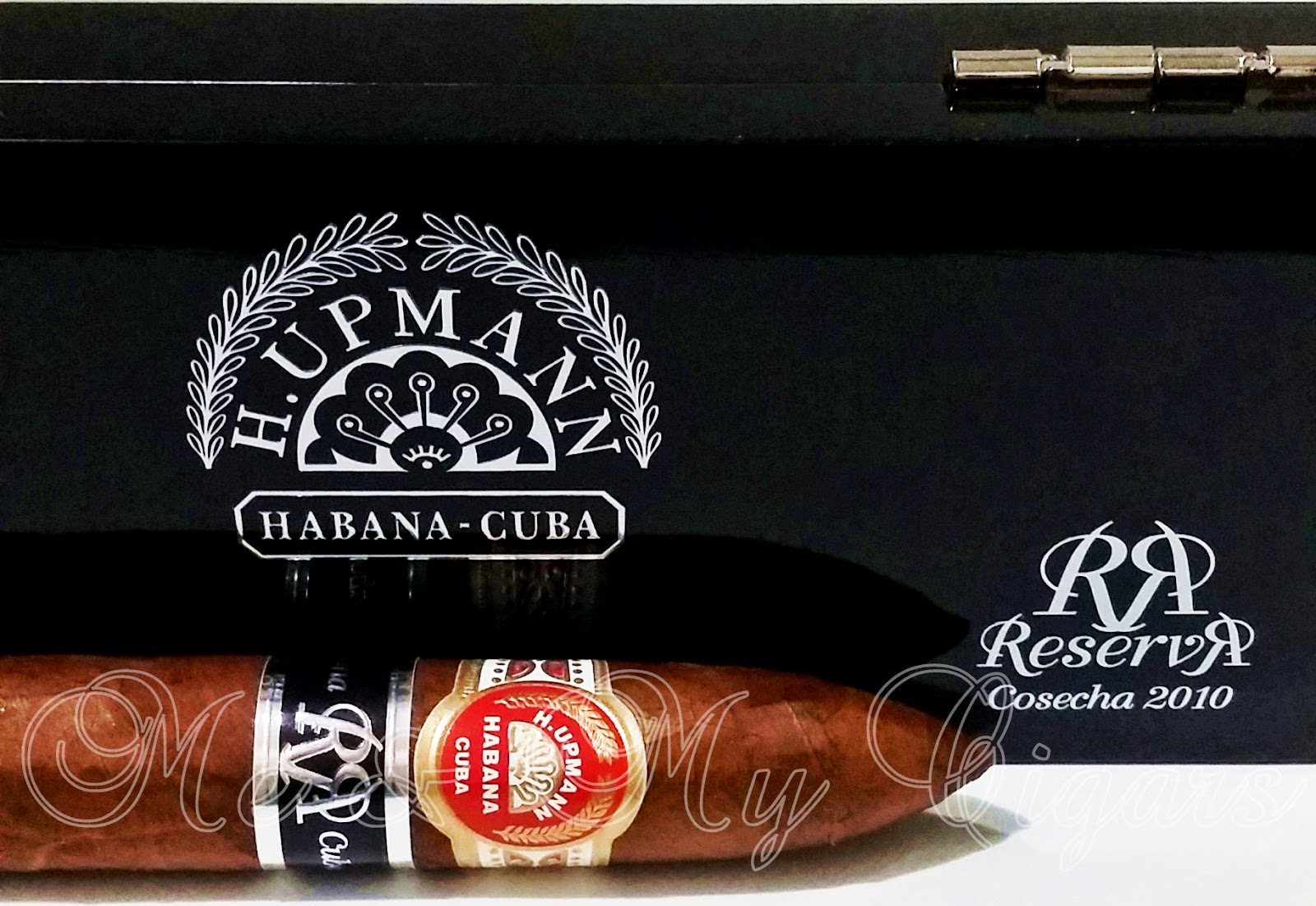 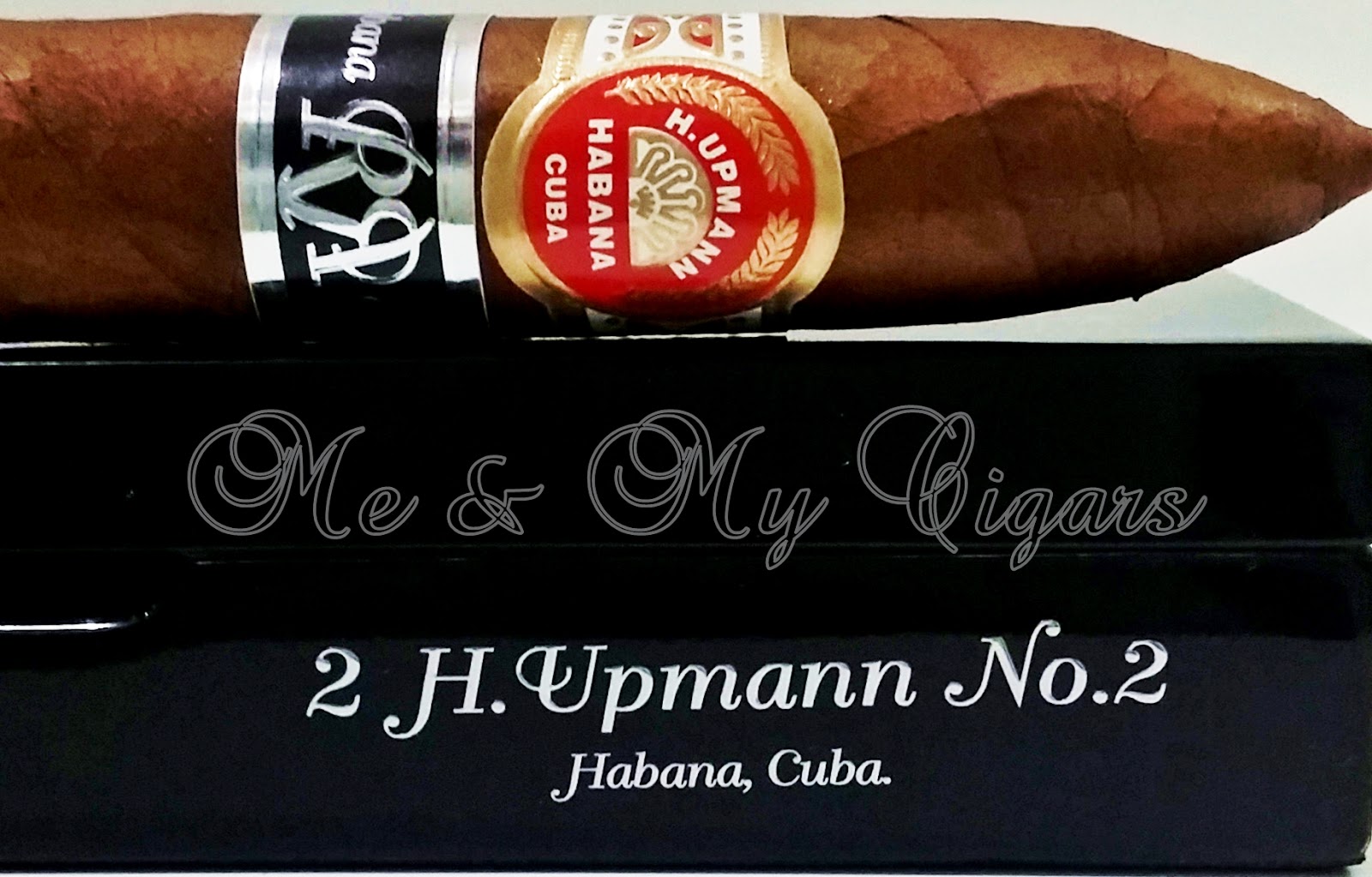 The Construction - A semi-matte dark colorado-claro wrapper with a couple of visible and protruding veins. Firm body which a soft resistance indicative of well rolled tobacco. The construction of the cap is a little bit sloppy for a Reserva but overall a very solid stick. The Reserva band as you can see has the silver embossed logo in the front and on the back overlay of the band you see small logos similar to that of the Gran Reservas.

The Draw - Snipping a couple of millimeters from the cap shows how tightly packed the head was. the draw was a bit tight but not completely block which I sensed it will be an issue later on during the smoke. The pre-light draw offers so many wonderful and inviting earthy scent with sweet chocolate and oak wood notes. From this you can easily tell that this cigar is maturing well. 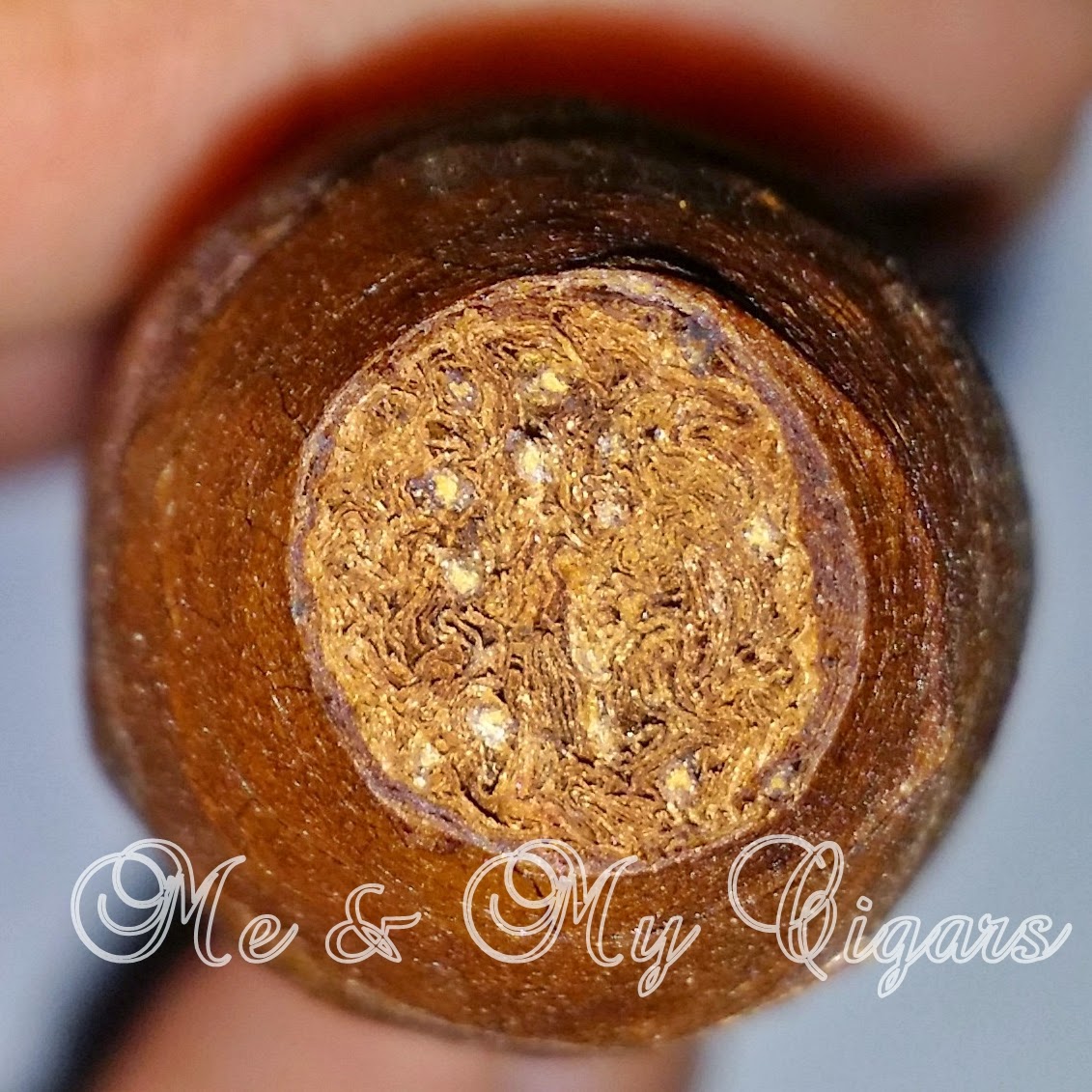 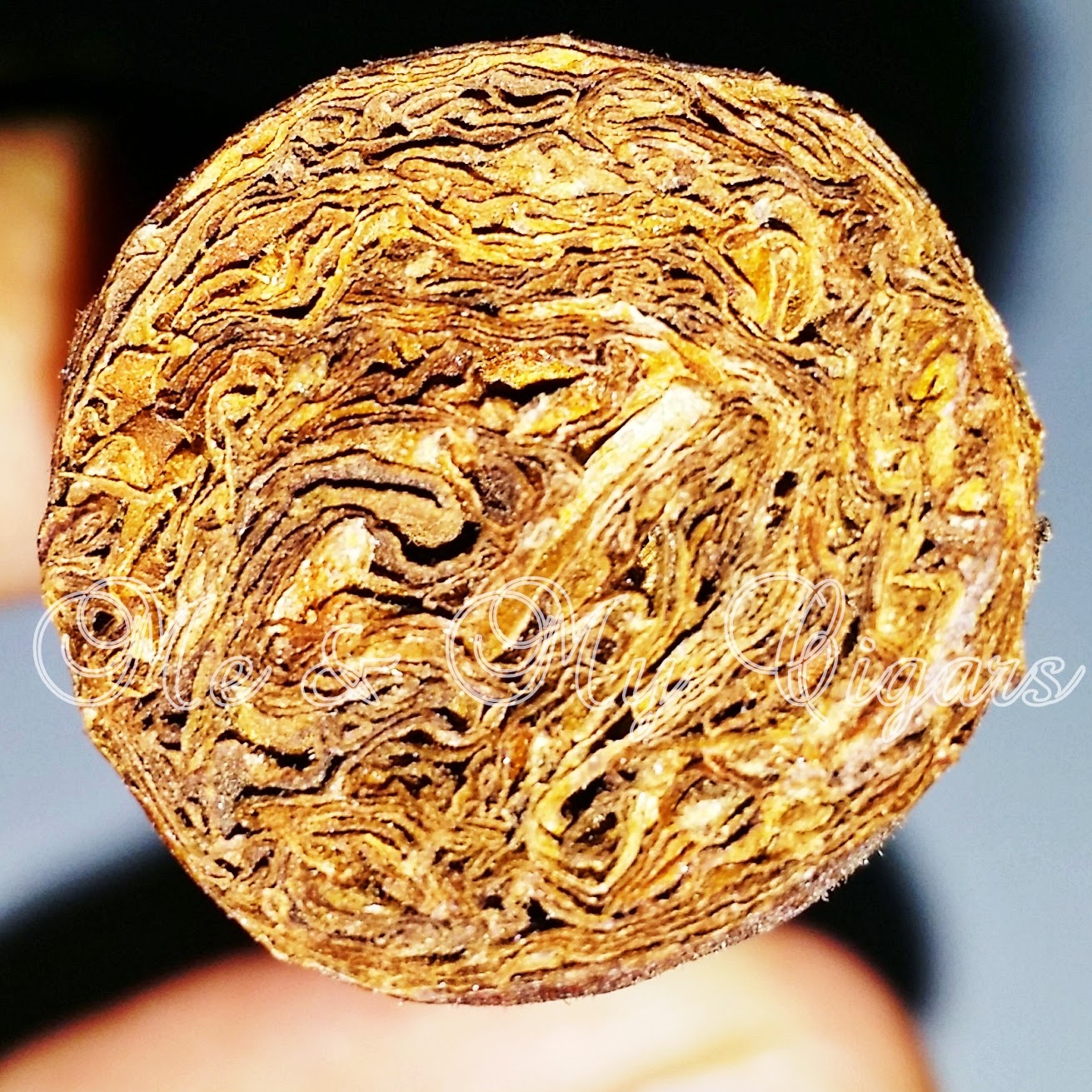 The First Burn - After evenly toasting the foot with a soft flame torch and taking the first puff of smoke out of the nose, you will be surprised of its smooth and soft smoke with no harshness or ammonia similar to regular first burns. You can pick up on a lot of sweet and oaky notes, very very faint white pepper-like spiciness but almost unnoticeable and very light nuttiness. 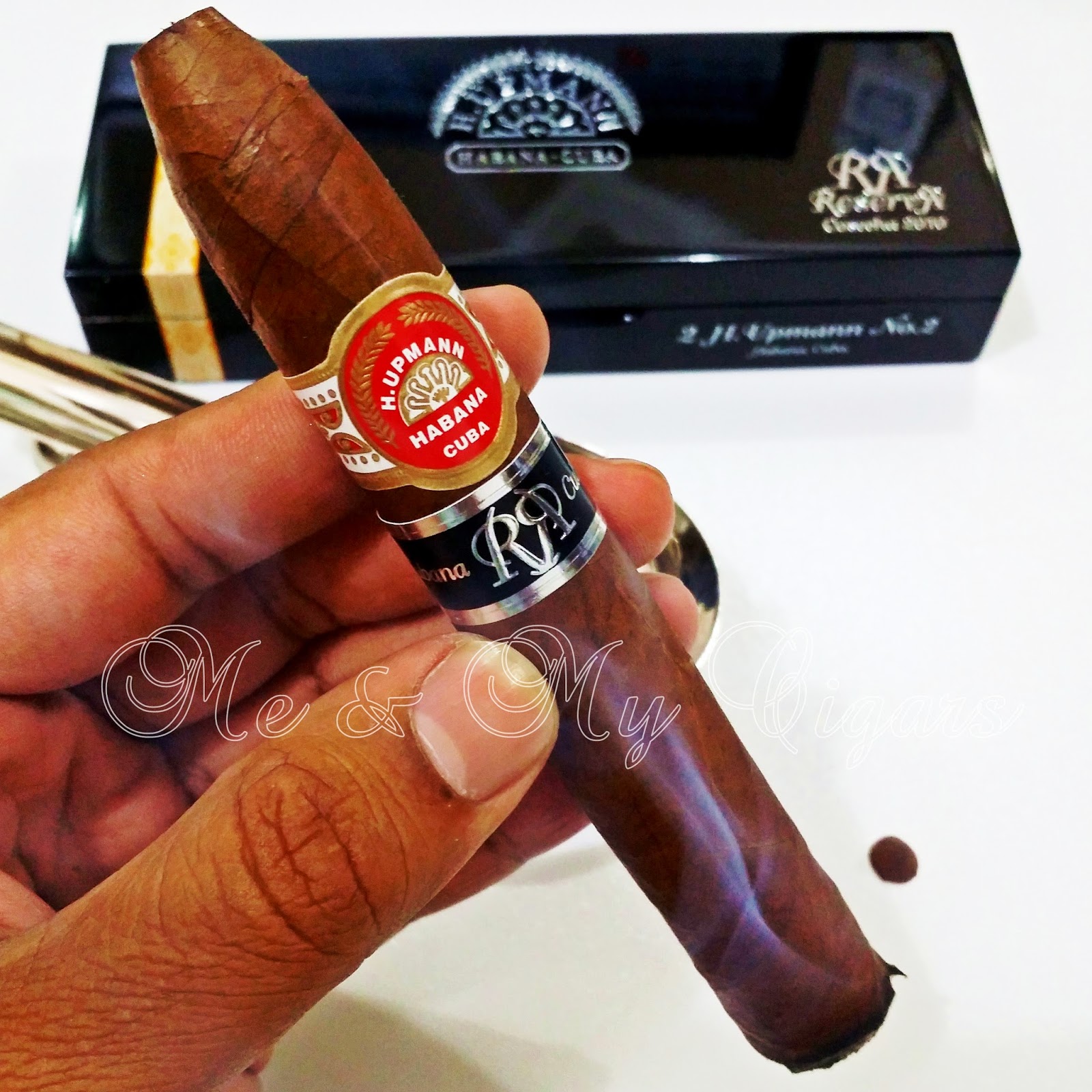 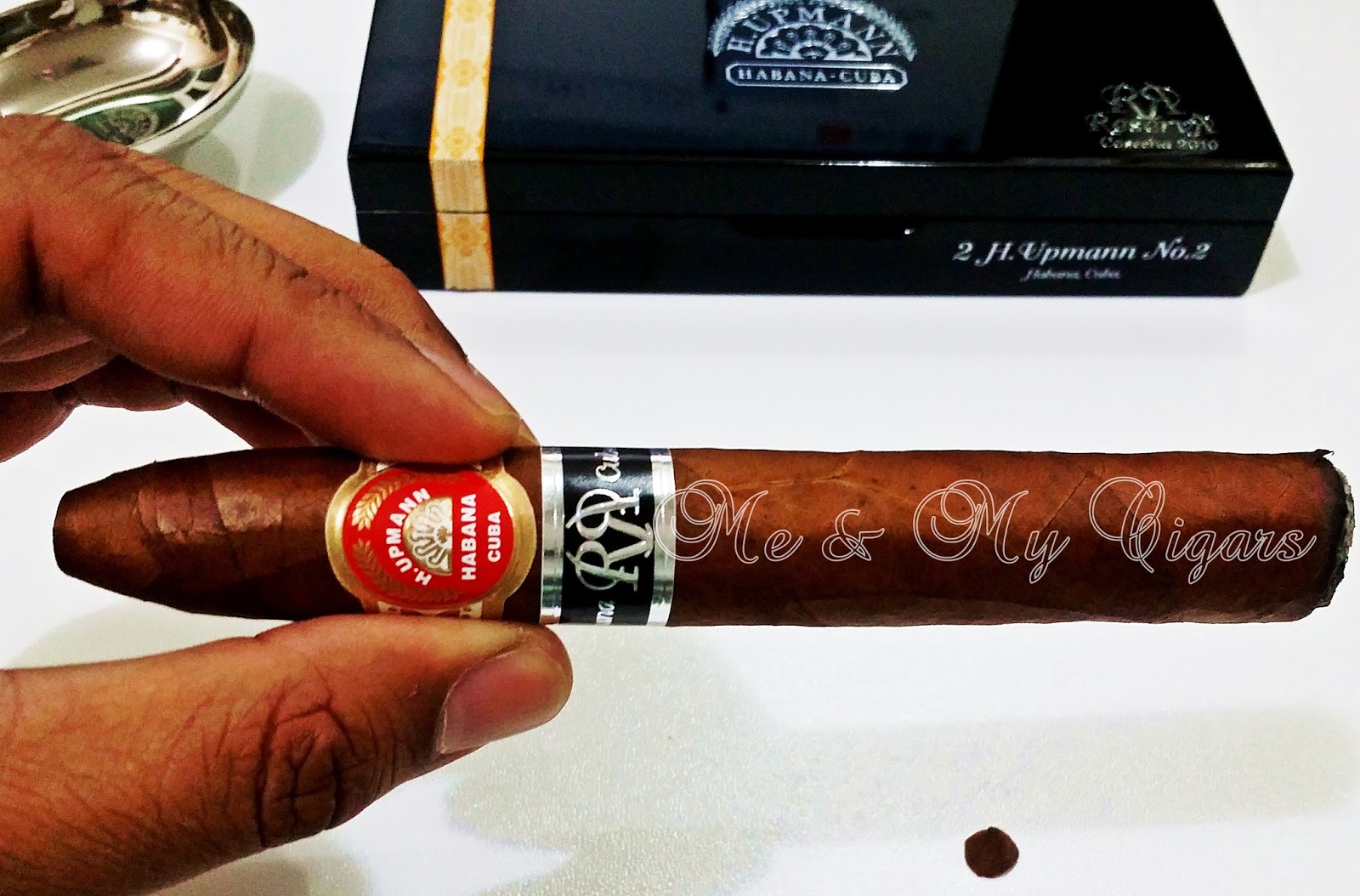 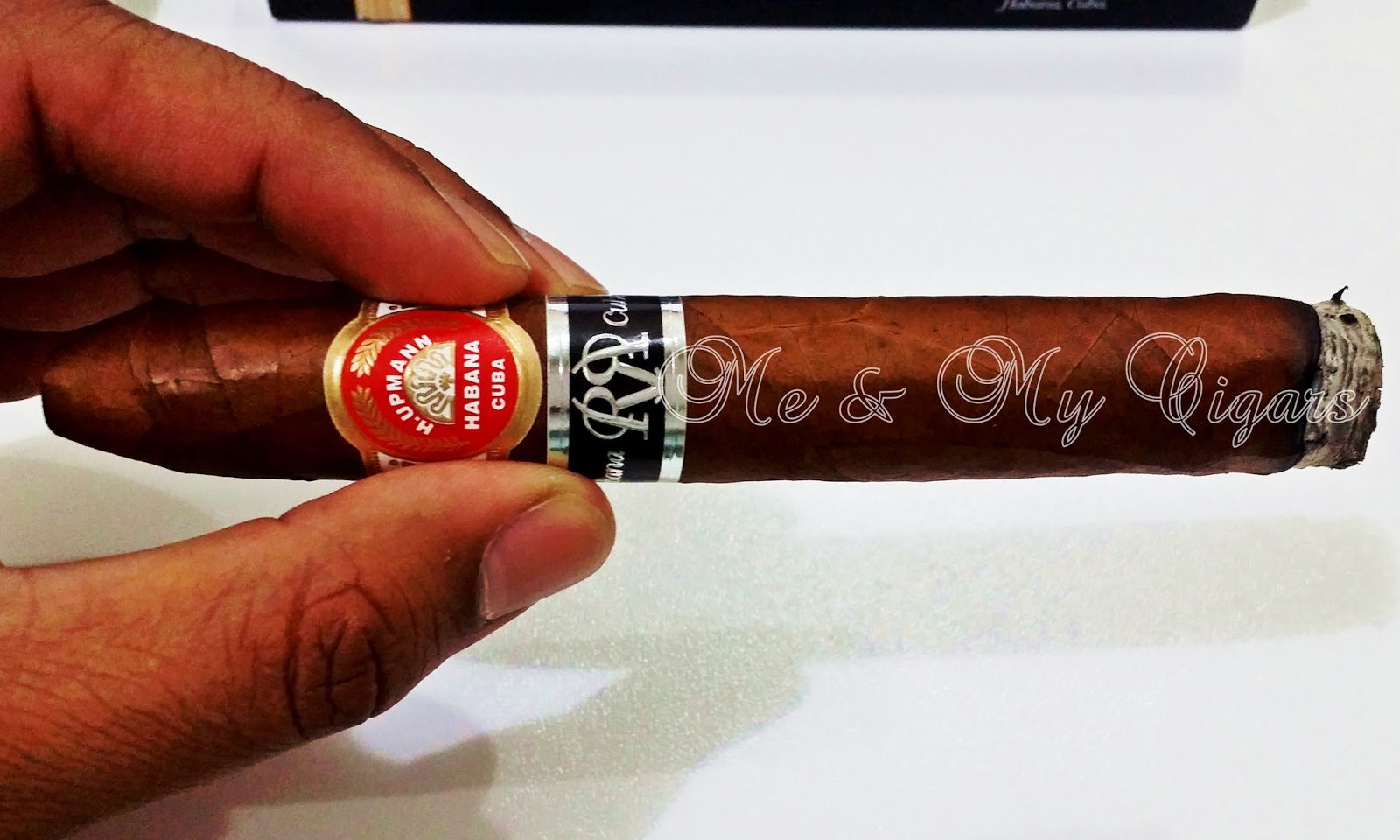 The burn is uneven yet it even itself out a few puffs later and the ash starts to show some cracks. the smoke is light from the tight draw yet very flavorsome. 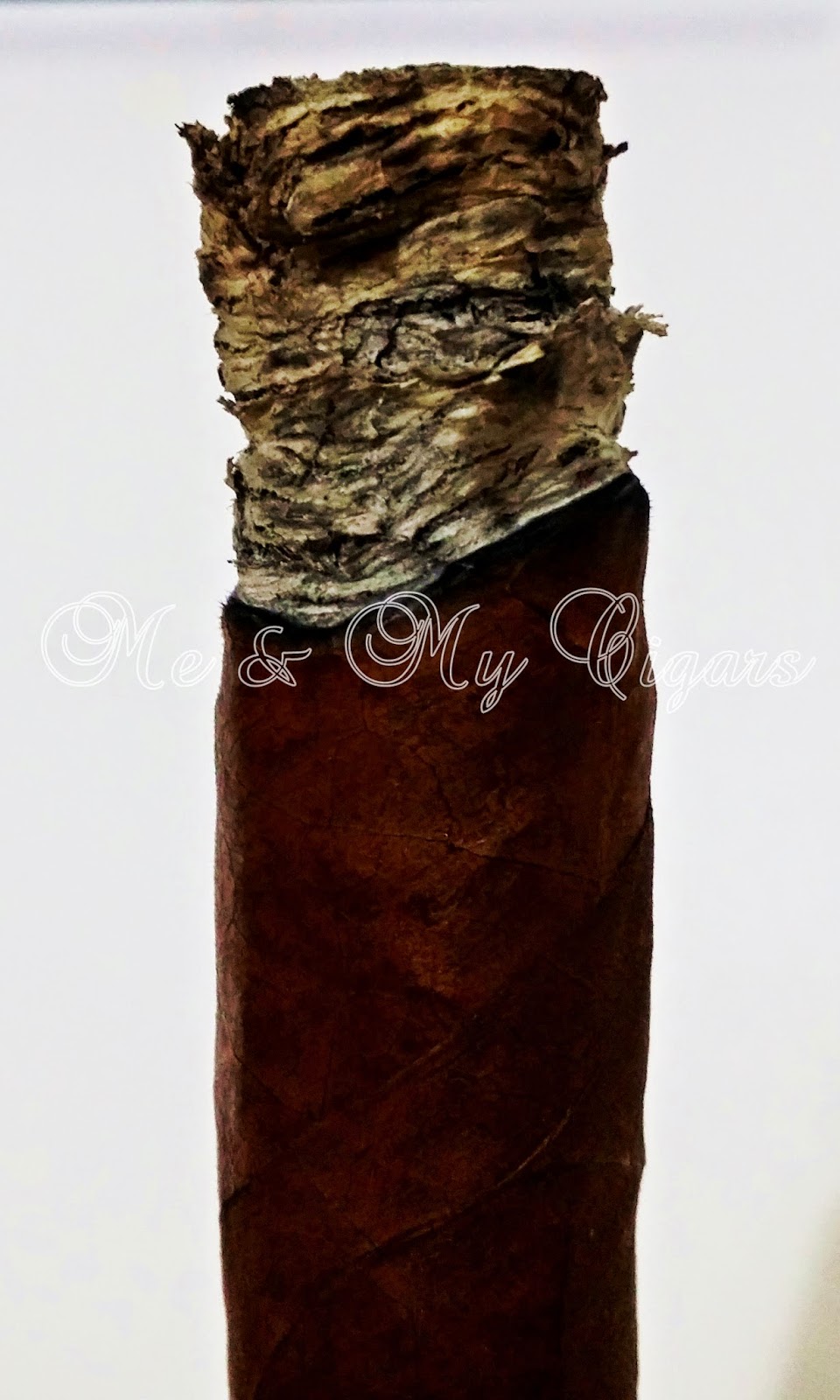 The Middle Burn - Here is where the true Upmann charachter is showcased. The classic profile of cool spice and leather with a touch of sweetness is dominant during the second part. Of course you can still pick up a few notes of moist wood as well which can take you for a very enjoyable journey. 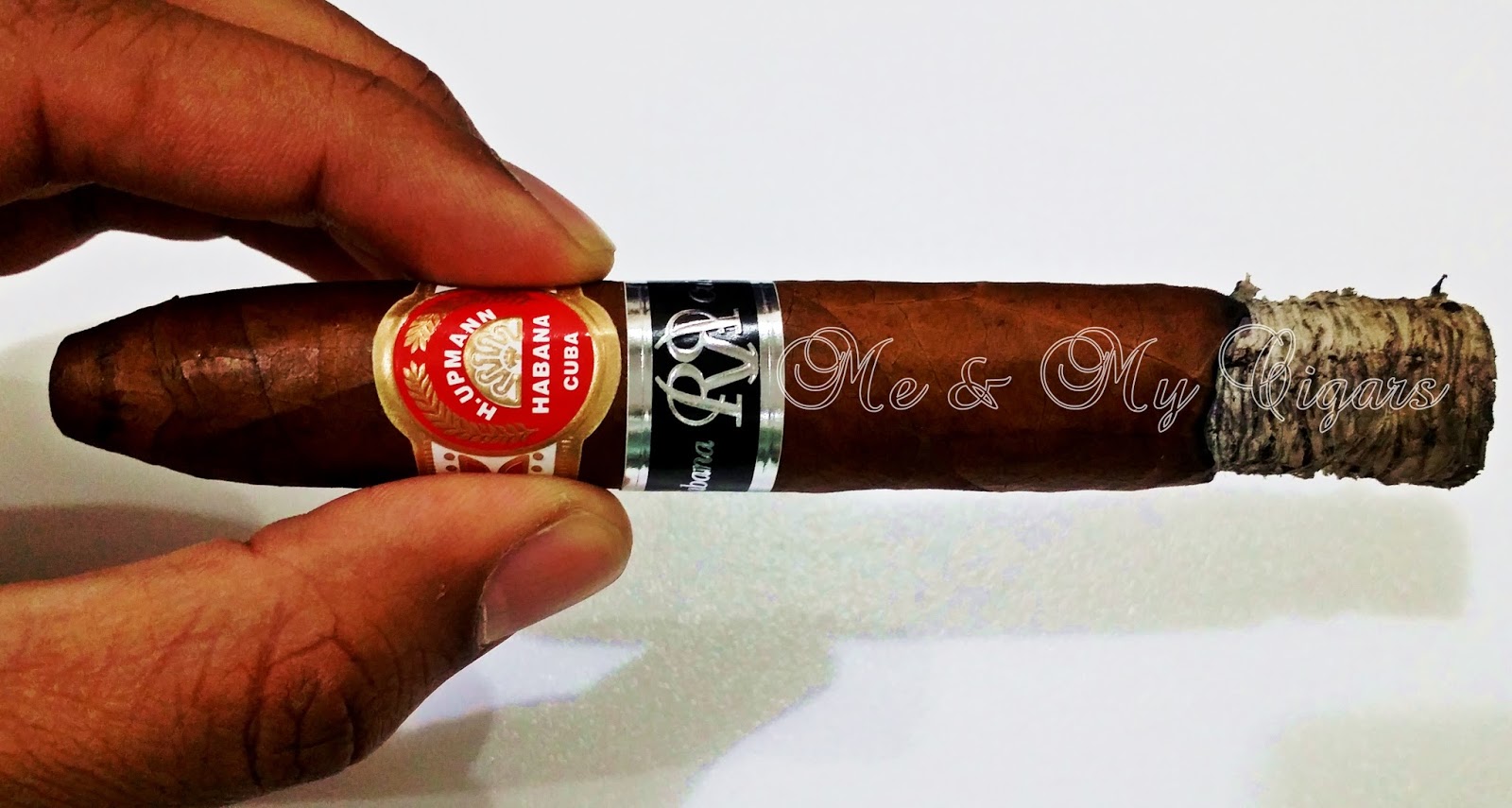 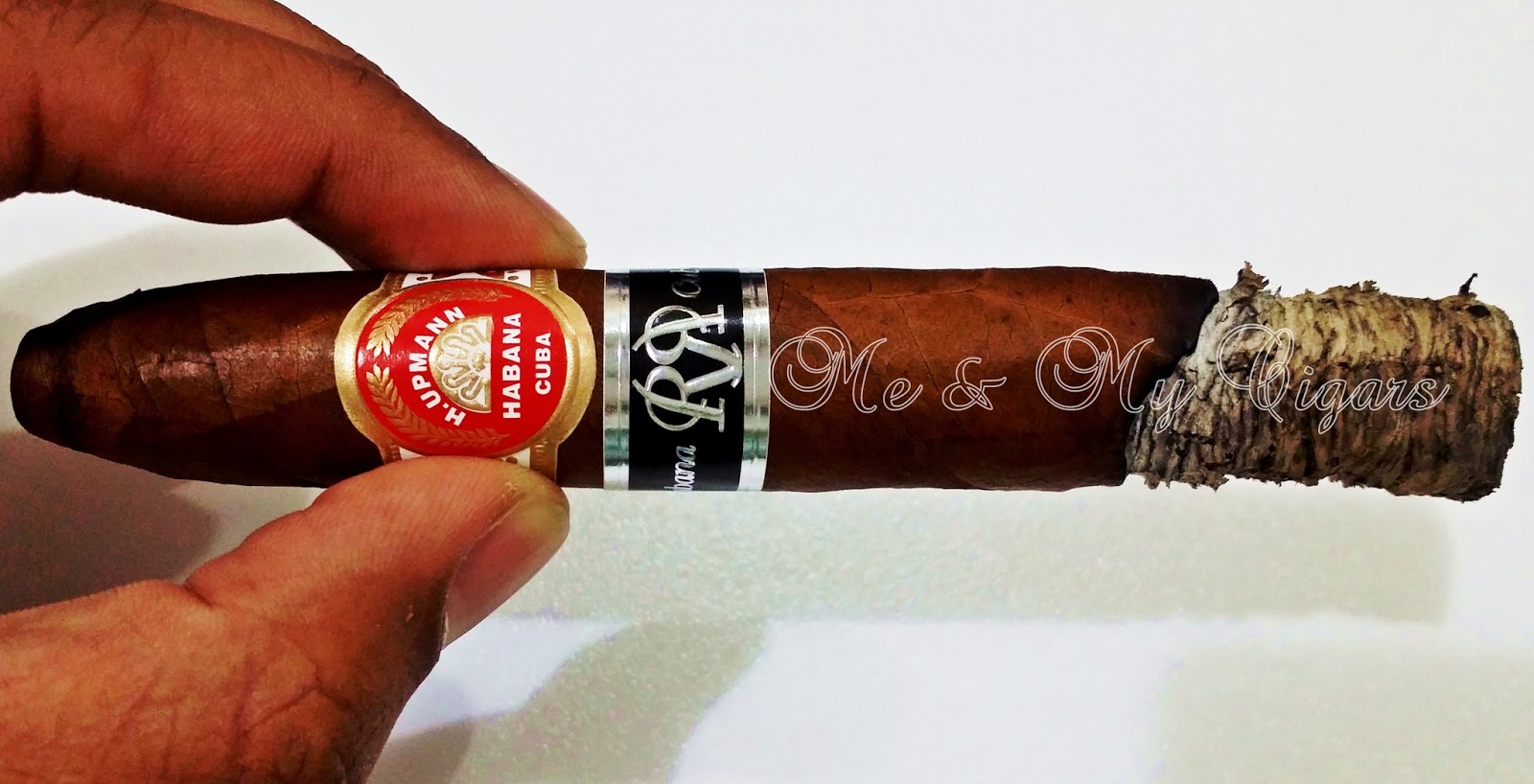 Half way through, the draw becomes tough from the moistness of the tobacco and the tightness of the head while flavors starts to intensify. To avoid tasting bitterness from the tobacco I had to loosen the pathway for the draw by inserting an inch of a cigar pick just to avoid snipping the head a few millimeters with a cutter. 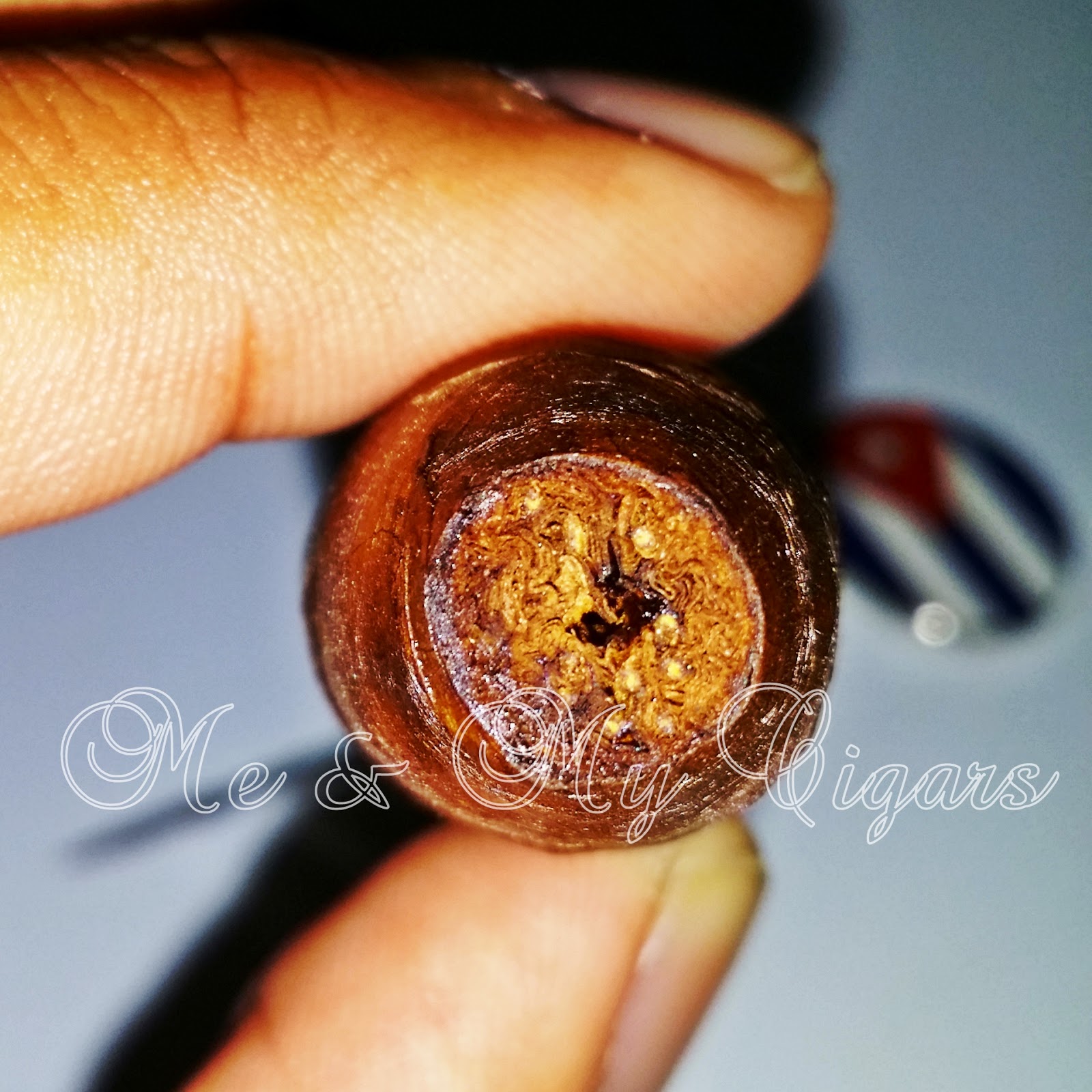 Perfect draw with just enough resistance after a little detour to avoid any inconvenience for more Upmann character to savor and perfect balance of smoke. Some light peppery notes starts to come through nearing the end of the middle part. 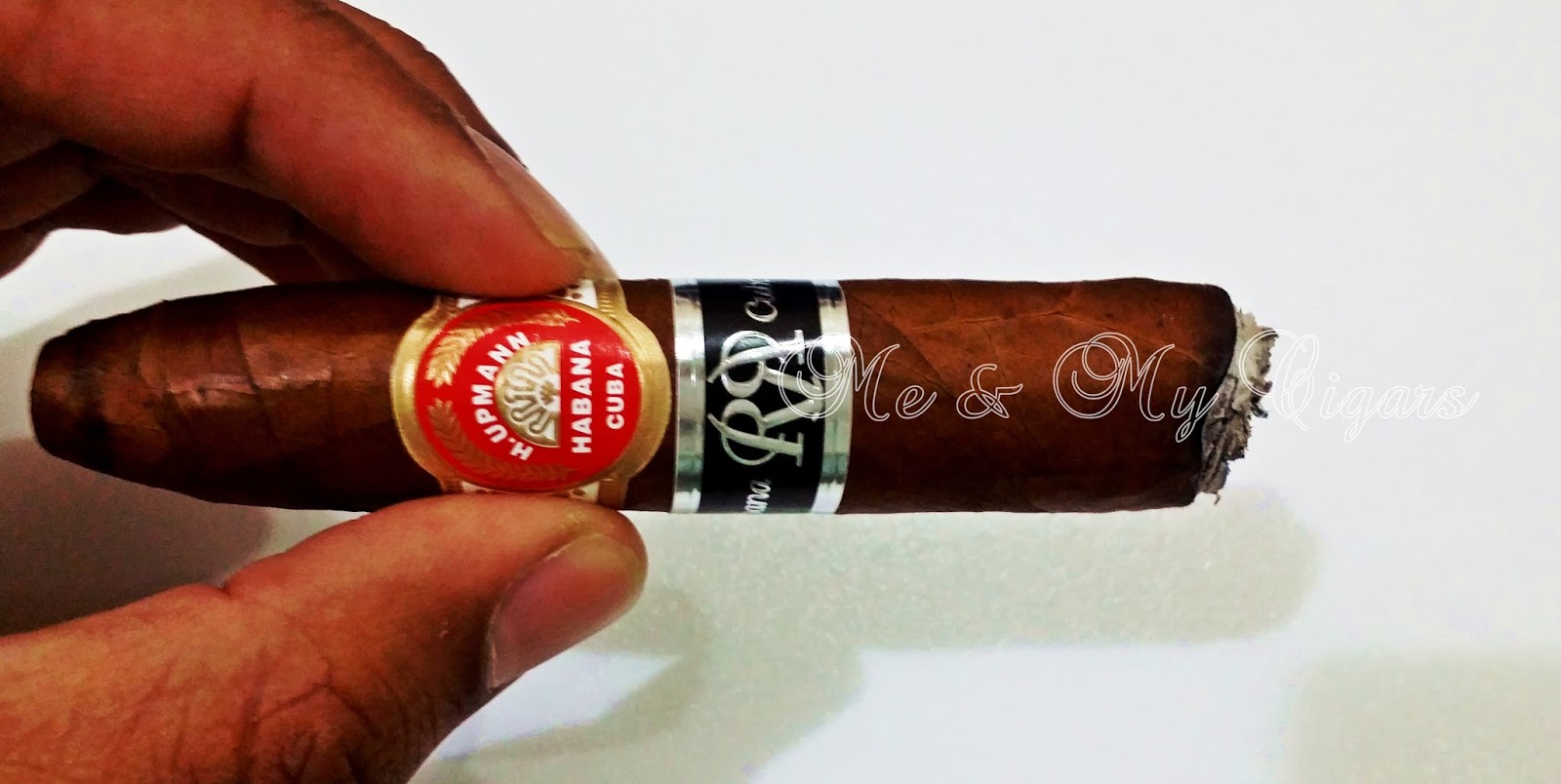 While the cigar keeps burning uneven, it eventually even its self out after a while and the ash flakes around the edge but its holding on super strong. Smoke it more abundant than the beggining since the airway to clearer but not very think.

The Final Burn - The character intensity is exepcted in most piramides vitolas since the buildup of tar and wetness on the head will bring in bolder flavors. Leather and more leathery classic Upmann No.2 character with a little bit of white pepper and just the right amount of sweet tobacco.

If you like full body characteristics then the third part of this smoke will be worth it. I try not to wet the head of the cigar with my mouth much to enjoy the beautiful sweetness that comes through with light spicy zing without the bitterness. 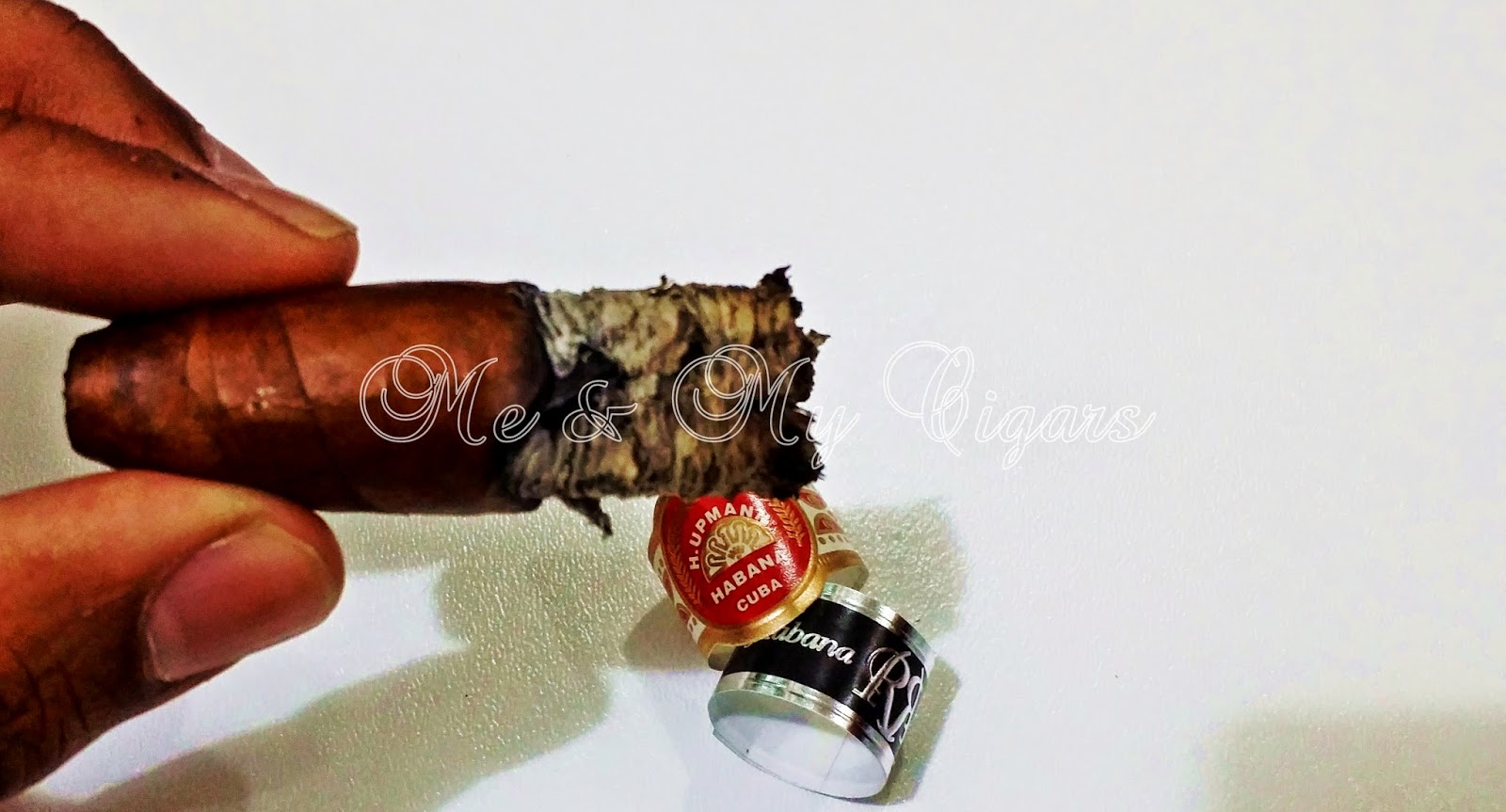 A beautiful cigar and a well deserved Reserva for the Upmann brand. The aging process of the tobacco played a quiet interesting refinement of the character profile known in the No.2 vitola. Was 2010 a good harvest? The answer is up for grabs! I have smoked a few Upmann No.2 from different years, some are exquisite and give multidimensional characters yet some are just straight forward. This Reserva on the other hand, will offer more than what you expect down the road. Awesome! 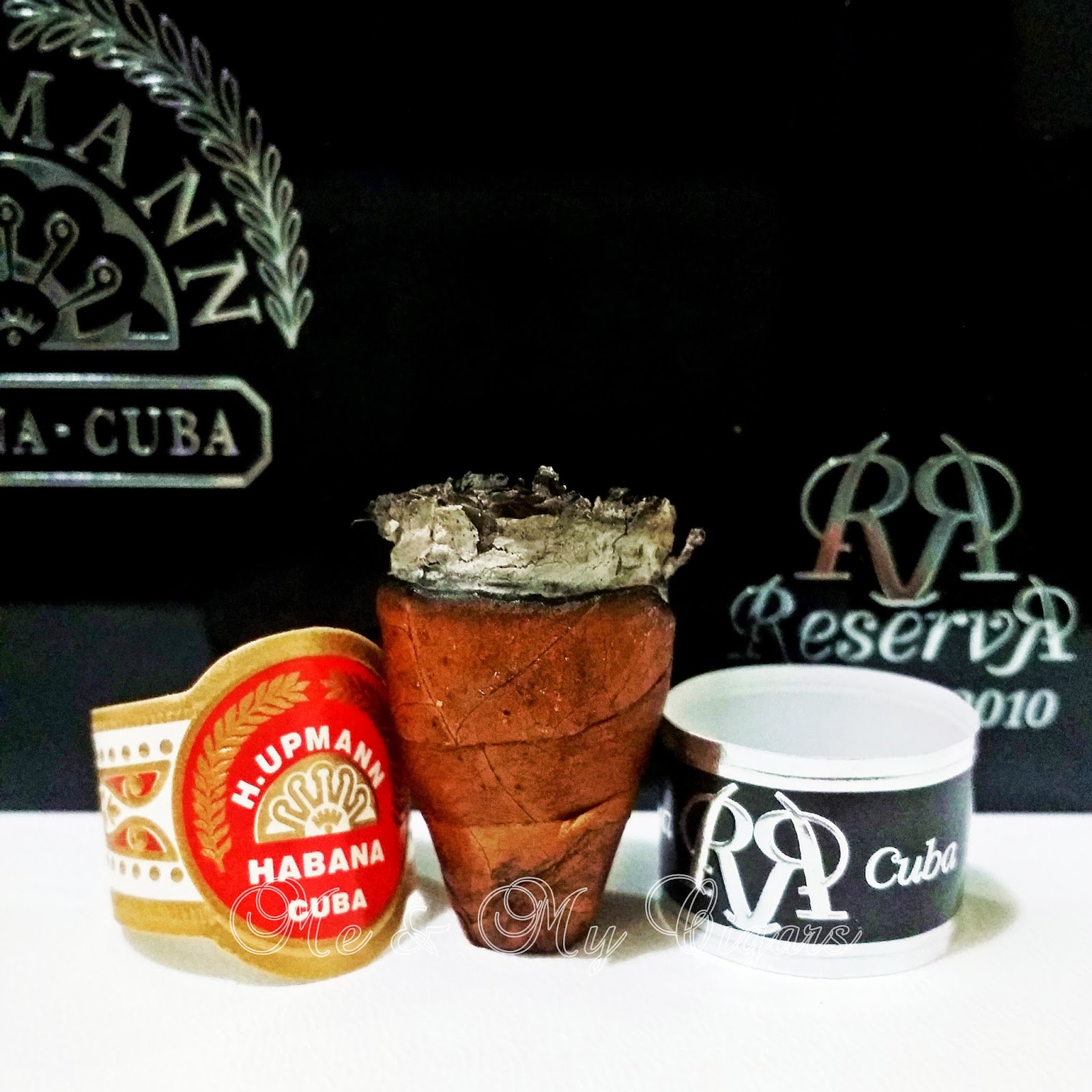 The Pairing - Since I have not had anything to drink with this cigar expect water, I can easily suggest the Nespresso Volluto as a good pair. With intensity level 4, it offers little acidity with some sweet notes that will complement the Upmann No.2 Reserva Cosecha 2010 character. 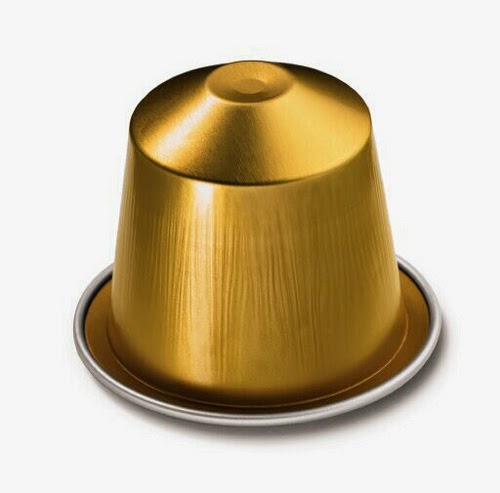