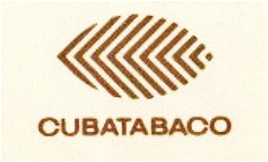 If you thought the Pre-1960s H. Upmann Cristales (Corona) post was cool, then fasten your seat belts for this one! Not to exaggerate, but literally, the hair on the back of my neck stood the moment I was face to face with this treasure. To some, this item might be considered as the Holy Grail of Cubatabaco, which myself, lucky again, got the opportunity to be up close and personal with one. 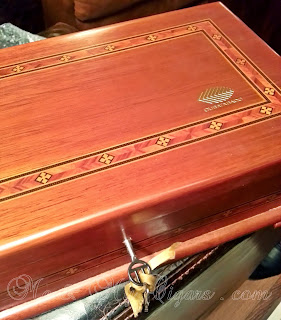 Quick History lesson:
Following the Cuban Revolution when Fidel Castro assumed power, the Ministry for the Recovery of Misappropriated Assets (Ministerio de Recuperación de Bienes Malversados) was created to expropriate land and private property as part of the newly formed socialist government. Farms, lands, businesses, and companies were nationalized and in 1962, Cubatobaco was formed to be responsible for Cuba's cigar production and sales.

Cubatabaco handled all production and distribution of Cuban tobacco products both locally and internationally until 1994, when the company Habanos S.A. was formed to export the cigars worldwide.

Not until 2001 when the production of Cuban cigars went to a company named Tabacuba while Cubatabaco continues to own the Cuban cigar brand names until this day.

So lets take a look at this treasure...

This was the first commemorative humidor produced since the Revolution and since there are only a 100 made... its extremely rare to find and in such pristine condition! 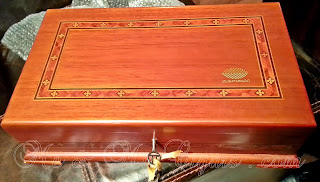 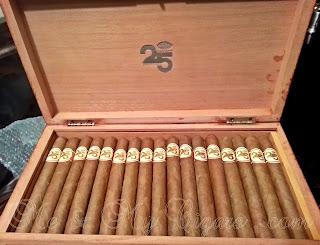 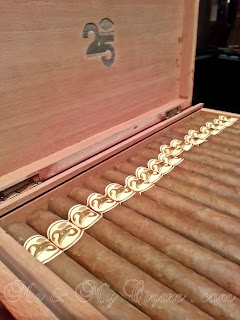 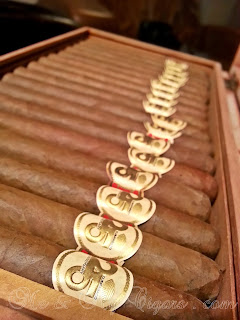 These 26+ year old coronas are in prefect condition and has an invigorating strong herbal scent unlike and Cuban I have smelled before! I can't even imagine how they will smoke! 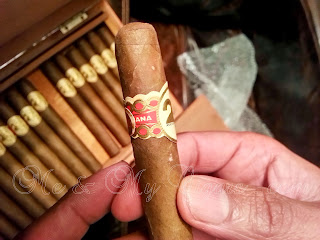 Up close and personal while examining the band and taking a closer whiff of this rare beauty! 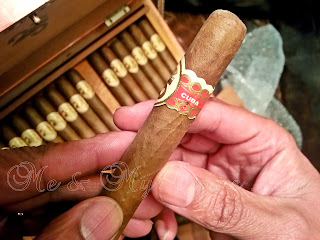 As fragile and rare these treasures are, I could't let this one rest! I would have loved to smoke one but these are kept for a very very very special occasion which I totally respect. Plus the owner of this humidor would probably choke me if I asked him to. I'll probably would be on the first plane back to try one once he decides to light one up!

Again, I couldn't thank the man enough for giving me the opportunity to document this treasure. Ajay Patel from La Casa Del Habano in Teddington, UK... you're the man!

I'll probably will follow-up on this post with a review from Ajay once he smoke this beauty. But for now, please enjoy this exclusive post!